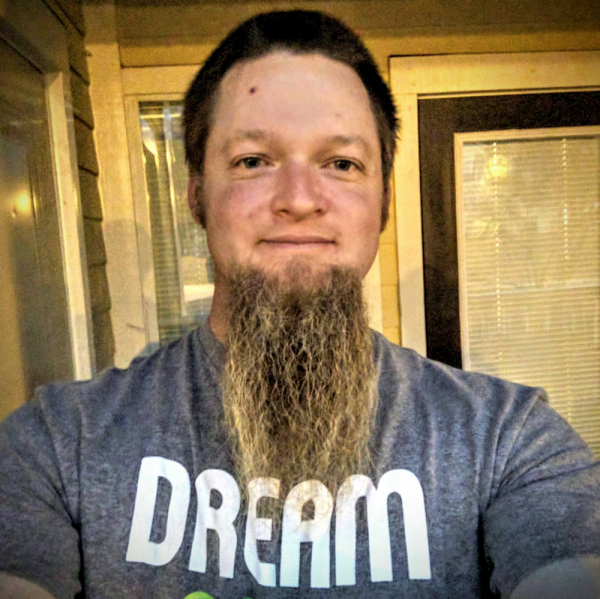 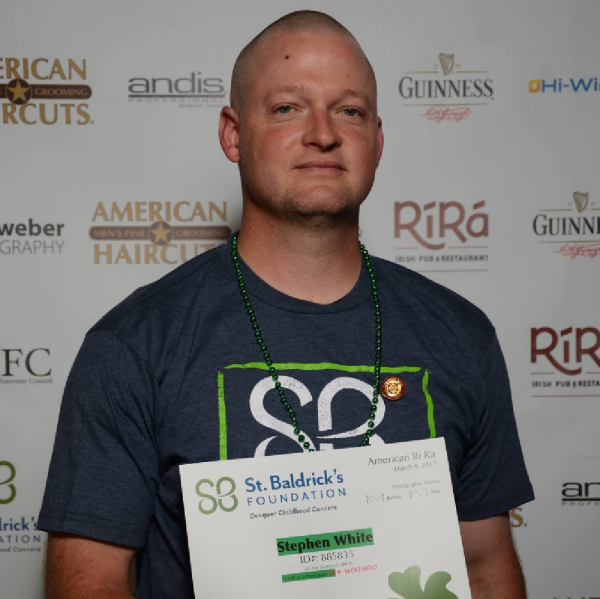 I shaved to raise money for childhood cancer research with: Knight Commanders

I shaved to raise money for childhood cancer research with: Knight Commanders

Wow, 10 years! It's hard to believe this will be my tenth year raising money and shaving my head with St. Baldrick's! Over the previous 9 years, I've helped raise over $2,548 for St. Baldrick's. That number really isn't that high, but every dollar counts! Any donation, no matter how small is appreciated.

I first heard of St. Baldrick's in 2007 and thought it sounded like something I wanted to do. Having served in the U.S. Marine Corps, having my head shaved wasn't something new to me. But having it shaved for a meaningful purpose was. (No I'm not saying the Marine Corps wasn't meaningful, I'm saying that nobody joins the Marine Corps TO HAVE THEIR HEAD SHAVED!)

Later that year, my sister had a baby, and as an uncle for the first time, I felt a type of love I never knew existed. Then it hit me. What if SHE got cancer!? I joined St. Baldrick's and shortly thereafter found out that my friend, who had just had a child of his own, had done so as well! Crazy right!? So I changed my schedule and we went as a team. This will be our 10th year doing this together!

Then one year, the child of a friend of ours was diagnosed with cancer. Man, that's hitting close to home now. St. Baldrick's took on a renewed meaning to us.

Then 2016 happened. It's shocking and terrifying when cancer announces itself present, (when it even bothers); my world got flipped straight upside down when a few weeks before we'd be attending St. Baldrick's for our 9th year, my 3-year-old nephew was diagnosed with stage 4 rhabdomyosarcoma and had a tumor the size of a football in his abdomen. Now, it had struck way, WAY too close to home.

I haven't personally seen the half of the struggle that my sister and her family have endured this past year, but the toll that fighting cancer takes is absolutely horrifying. We've shared many moments crying, praying, and praising God for miracles. Cohen's fight is not quite yet over, but we're hopeful and praying that he is truly cured. So many things had to happen just so through this last year to get to where they are, and I truly believe God's hands are what made it happen.

But I also believe God uses people for His actions as well. God used the people who funded the cancer research. That funding led to people God used to develop the cancer drugs. Then God used people to administer those drugs. And God used a surgeon to perform a surgery as the instrument of one of His miracles. And God uses St. Baldricks, and people like you who help fund it, for more miracles He will perform in the future.

Some facts pulled from St. Baldrick's: More children are lost to cancer in the U.S. than any other disease. About 1 in 285 children will have cancer by the age of 20. Every 2 minutes, another child is diagnosed with cancer, worldwide. In 80% of kids, cancer has already spread to other areas of the body, by the time it is diagnosed. There are over a dozen types of childhood cancers, and countless subtypes, making it more challenging for researchers to find cures for every kid. Even for kids who survive, the battle is not over. A recent study shows that because of the treatments they had as kids, by the time they’re 45, more than 95% of survivors will have a chronic health problem and 80% will have severe or life-threatening conditions.

So in addition to finding cures, a lot of research is focused on preventing the lifelong damage that results from surgeries, radiation, and chemotherapies given while young bodies and brains are just developing.

In 2015, the FDA approved a new drug, as a result of research supported by St. Baldrick's, that drastically increases the cure rate for high-risk neuroblastoma patients. It was only the third drug approved in the last 20 years, specifically made for kids with cancer. Much more is needed to bring new drugs and treatments to market for kids with cancer!

Thank you for reading, and as always we're grateful for any and all donations, and hope you'll consider coming out to our head shaving event!

Stephen White has joined the ranks of: