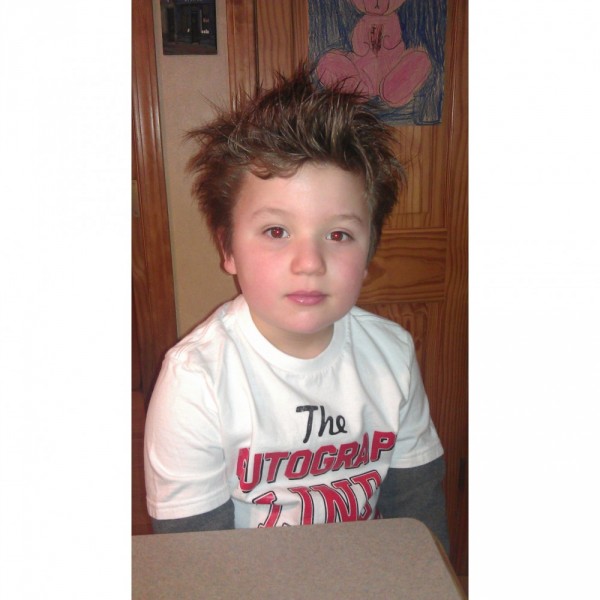 I shaved to raise money for childhood cancer research with: Team O'Malley

I shaved to raise money for childhood cancer research with: Team O'Malley

Our 6-1/2 yr. old son, Nolan, has begged us for the first time to shave his head to raise money for the St. Baldrick's Foundation. Jerry and I asked him why to make sure he understands what this fundraiser is all about. He told us that he is doing this because of his two aunts, Maureen 15 yr. survivor and Laura (Jerry's sister) a 1yr. survivor....they BEAT CANCER! Also, he said for all the kids and people that have cancer. Also, Nolan has learned about his Aunt Ann's nephew, Henry in 7th grade, in treatment now for Osteo-Sarcoma in his left tibia. Nolan is raising money and shaving his head in honor of them and many others. On March 13th, Nolan, and many of his school mates from St. Christina will be shaving their head. If you would like to make a donation to support this cause, please see Nolan's link below: www.stbaldricks.org/participants/mypage/610556/2013 Thank you for your support, Nolan, Jerry, Darlene and Morgan