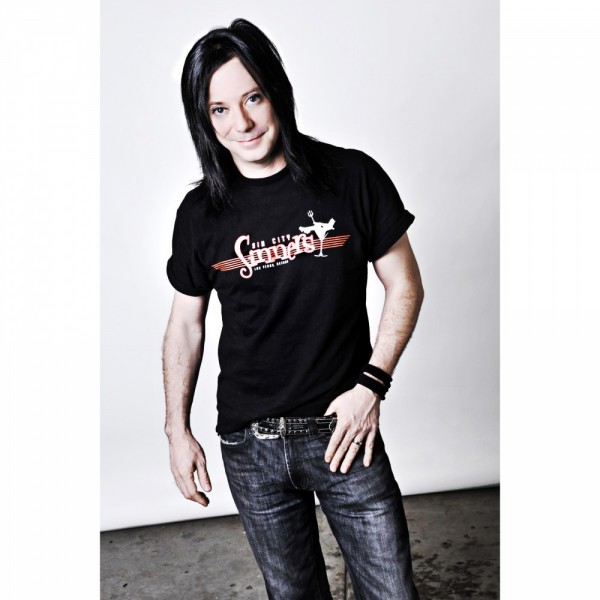 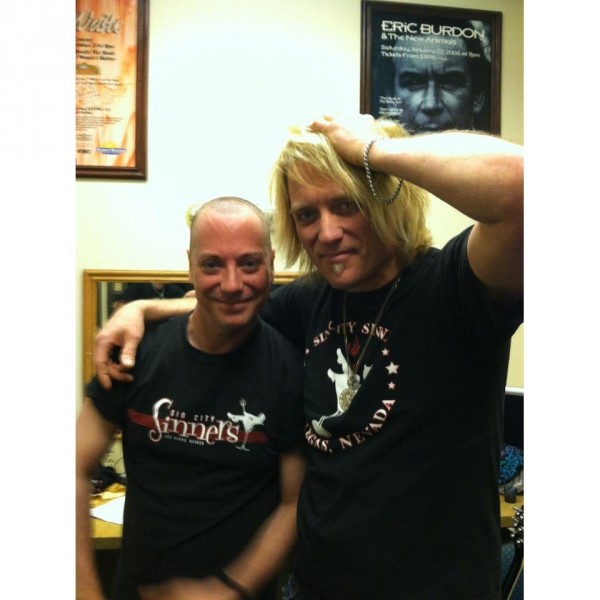 I shaved to raise money for childhood cancer research with: Sin City Sinners

I shaved to raise money for childhood cancer research with: Sin City Sinners

I've answered the call to be a hero! I'm having my head shaved to stand in solidarity with kids fighting cancer, but more importantly, to raise money to find cures.

Please support me with a donation to the St. Baldrick's Foundation. This volunteer-driven charity funds more in childhood cancer research grants than any organization except the U.S. government.

Your gift will give hope to infants, children, teens and young adults fighting childhood cancers. So when I ask for your support, I'm really asking you to support these kids. Thank you!

Click "Make a donation" to give online, or donate by phone or mail.

Brent Muscat may be best known as the founding guitarist for Hollywood legends Faster Pussycat or for tearing up the Vegas scene with his band Sin City Sinners, but Brent is also a Cancer survivor. "As a parent and cancer survivor this was something I felt I had to do" Muscat said Brent's head shaving event will take place before the Sin City Sinners concert on March 16 at Club Madrid inside Sunset  Station and is open to the public. This will be Team Sin City Sinners second year participating with St Baldrick's. In  2011, the bands manager Jason Green captained the team & had over 10 inches of hair shaved, raising over $3,000 for the cause. Brent Muscat Bio Hard rock guitarist Brent Muscat began his professional career in 1986 as a founding member of the band Faster Pussycat, recording three albums that appeared in the Billboard 100 and sold over three million albums. The single “House of Pain” was a #1 video on MTV and cracked the Billboard top 30. Brent has appeared on stages the world over with artists including Guns N Roses, Kiss, Motley Crue, Ozzy Osbourne, Poison, and Whitesnake. In 2000 Muscat became a member of L.A. Guns and later Adler’s Appetite with G n’R drummer Steven Adler. In 2003 MTV covered Brent’s run for governor of California.  Muscat has never stopped performing and was recently featured on Vh1’s most metal moments and on the pages of Maxim and Spin magazines. Since 2007, Brent can be seen performing to packed houses weekly in Las Vegas with his band Sin City Sinners. The band is often joined by all star guests and has released three critically acclaimed CDs of new music " Exile on Fremont Street" "Broken Record" and "A Sinners Christmas"