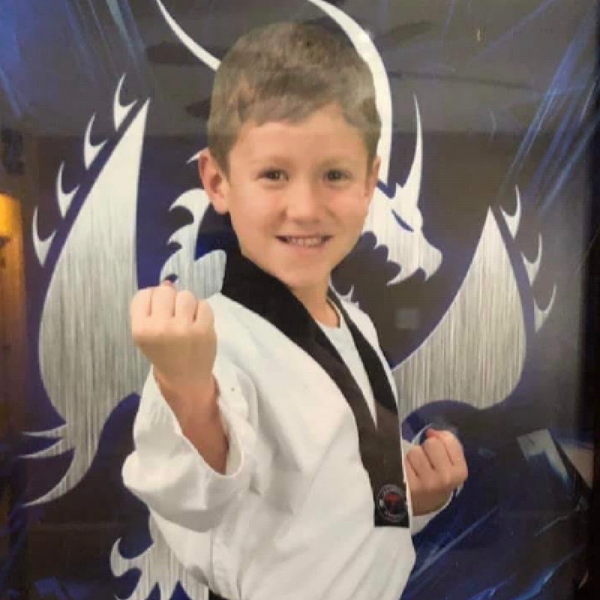 I shaved to raise money for childhood cancer research with: Team Jackson

I shaved to raise money for childhood cancer research with: Team Jackson

I'm shaving my head to raise money for childhood cancer research in loving memory of Jackson Schmitt.  Jackson passed earlier this year at Age 7.  Jackson and his family have inspired me with their support and shaving of their heads for several years in support of raising awareness for childhood cancer research.  Cancer sucks for anyone, but children most of all.  Please support this loving family as they work endlessly in this fight against cancer.

Here is a very shortened version into the the Schmitt’s journey, that has led them to where they are today... thank you to those that have donated and are joining us in this fight to help fund research for childhood cancers.

"Jackson’s mom, Carrie, started shaving her head to raise money for Childhood cancer research in 2015 because she couldn’t imagine having a child with cancer. She continued to shave and volunteer for the next 3 years until Jackson felt moved to shave his head for his friend who had cancer. Little did we know, when he shaved, he already had cancer. 4 months after Jackson single handedly raised $1200 in one night by braving the shave, he would succumb to cancer himself. He was diagnosed with a 9” tumor in his femur, a flap on his mitral valve and had 6 strokes. This happened within a span of 6 days. 6 days prior to his hospital admission, his mom delivered a surrogate child for another family."

The irony of the whole situation is uncanny and prompted Carrie to dedicate her life to raising awareness and research funds for childhood cancer.  Did you know that kids' cancers are different from adult cancers? It's true. And childhood cancer research is extremely underfunded. So I decided to do something about it by raising money for cures.