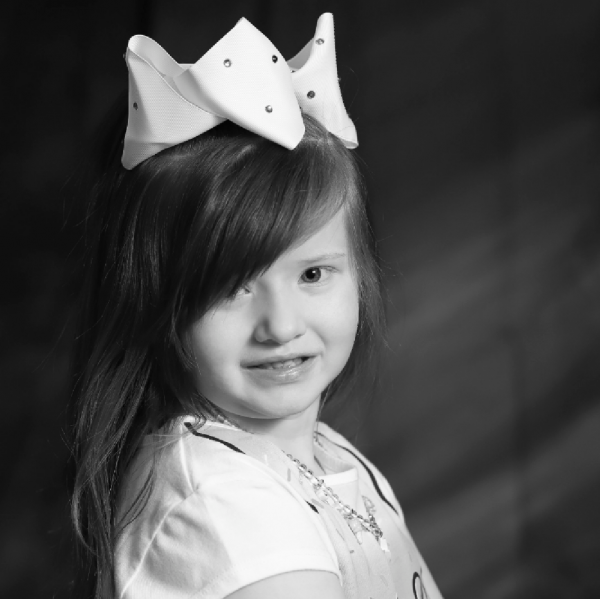 Thank you for supporting me and the more than 300,000 kids worldwide who will be diagnosed with cancer this year. By sharing the gifts of your time, talent and money with the St. Baldrick’s Foundation, you're supporting research to give all kids with cancer a better chance for a cure. Vannah's StoryVannah was born in August, 2012, although small at 5 lbs 12 oz, she was perfectly normal. She did have a hard time gaining weight, but aside from a slight delay in speech, and being a bit slow to walk , sit up, and crawl... mostly developmental delays she was healthy. On December 6, 2014 Vannah had a seizure. She was taken to the hospital and they found it was caused by a tumor in her brain, which they thought to appear benign. She underwent surgery to remove it, and after it was examined, it was diagnosed as being PNET WHO grade IV brain tumor. Since then, she has had a total of 7 surgeries for central lines, and other needed things for her chemotherapy. Shes gone thru 3 rounds of chemo, and 3 stem cell transplants. SCT is a very high dose chemo which makes her VERY sick, and lowers her immune system dangerously low. She was placed on TPN for a while, then had to have a NJ tube placed due to not eating, or drinking for extended periods of time. She was inpatient at our Local childrens Hospital since Dec 29, 2014, until June 2015. Her only time not inpatient were short breaks between treatments, and those were spent in the Ronald McDonald House. Currently, since being discharged in June, she has had no new tumor growth, and is growing new hair, her NJ tube has been removed, and is slowly becoming a little girl again. The only reminder of her battle we have now is her port, which, if her MRI in February is normal, will be removed, and the scars that were left behind from her surgeries. Vannah has, and continues to be a source of courage, strength, hope, faith and love to everyone around her, always smiling no matter what fate has dealt her. She has never failed to greet everyone who visited with her, during treatment with a huge smile and a hug, no matter how badly she felt. She has, and is still teaching us all the power of prayers, and to always smile, live life to the fullest, and to push on even when we feel hopeless. Not many families can say they have been given an angel to live here with them on Earth, but ours has the most perfect angel ever!