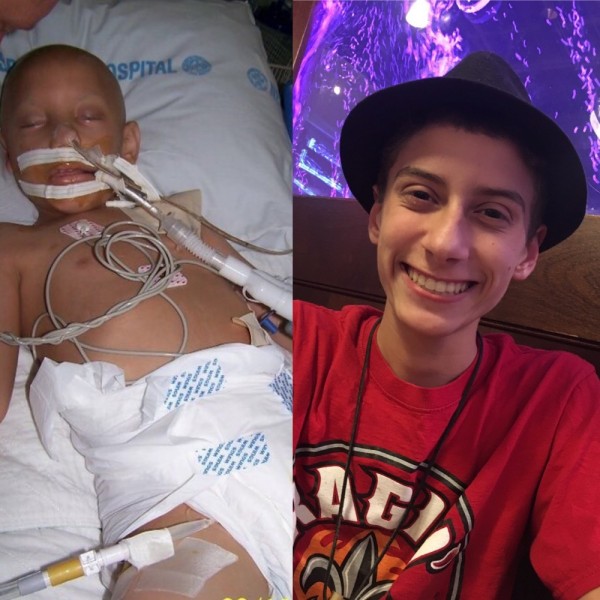 Tony was diagnosed with Stage IV Neuroblastoma on April 13, 2007 at the age of 5. After undergoing 8 rounds of chemotherapy, stem cell transplant, extensive surgery to remove his primary tumor and 20 rounds of radiation to the head, chest and abdomen, Tony was declared Cancer FREE on February 6, 2008. Tony is still undergoing total body scans every 3 months and to date, is still considered N.E.D. (No Evidence of Disease). Tony works very hard in school and his dedication has been seen in all that he does. Tony, along with his older brother Zack, have been studying Wado Ryu (Karate) since June 2008 and will earn his Black Belt in April, 2012. Tony's younger sister Erika looks up to him in every way, and is currently following in his footsteps as she has earned her first of 3 Brown Belts in Karate. Tony recently participated in his first St. Baldrick's event, where he was an honored guest, and even got the opportunity to share his story and shave the head of one of the donors. We were told that at this same event last year, nearly $1,000.00 was raised, this year with Tony's help and the generosity of others, almost $10,000.00 was raised!! Tony just participated in 3 St. Baldrick's events this year (2012) and each were very successful! Tony is very excited to be a part of these events and is slowly coming out of his shell. This year Tony actually took the "mic" at one of the events and spoke about all that he had endured...Not a dry eye in the house by the time he was finished speaking! We are all so very proud of him and extremely grateful for each and every one of you, who donate your time and efforts to helping raise funds to find a CURE for pediatric cancer!
Fast Forward  - - 2017 - - It has been 10 years since Tony was diagnosed.  He has since earned his black belt, and is about to complete his 9th grade year in High School!!!  Tony took part in one of our local St. Baldrick's events again this year, but this time, he decided to show support by having his head shaved!  Life is moving along, too fast and we are continuing to live each day to the fullest!!