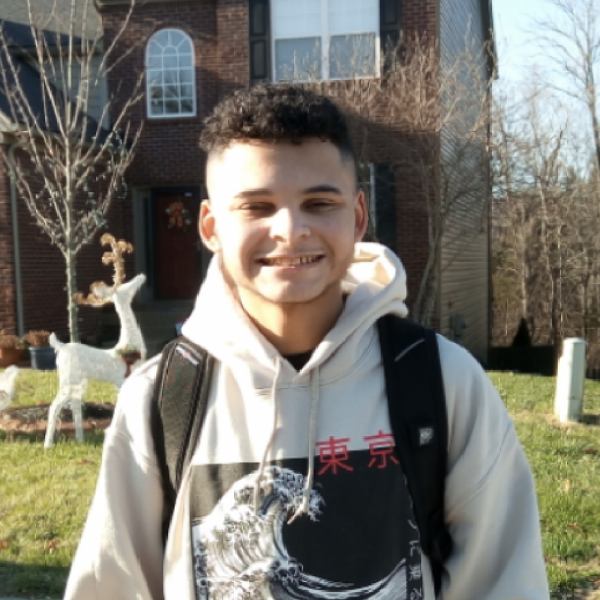 On August 2nd 2015 after a fun family outing at a public swimming pool, our lives were turned upside down after rushing our 12 year old son Matthew to the hospital because of a lump the size of a baseball that appeared suddenly on the side of his neck.

A few hours later we were told he has T-Cell Acute Lymphoblastic Leukemia. Roughly 30 mins after the shock of it all, Matthew smiled and informed everyone in the room that 'It's Only Cancer, I've Got This Beat". (And this was with him fully knowing what Cancer is because both his grandfather's passed away from Cancer, one Lung Cancer, the other Leukemia).

Matthew is ferociously and bravely taking the Fight To Cancer. We Thank EVERYONE for your Prayers & Support. Please join the fight with us at:

Update: Dec 23, 2016. Matthew unfortunately has relapsed after 13 months in remission. He will receive a Bone Marrow Transplant in February 2017 at Cincinnati Children's Hospital.

Update: Matthew is named the 2017 Leukemia and Lymphoma Society Kid of the Year (Kentucky Chapter).

Update: Matthew is named the 2018 Chili's Clip For Kids Honoree/Spokesman

Update: Jan 19, 2019. Matthew has relapsed for a 2nd time after 2 years of remission following his 1st Bone Marrow Transplant. This time with Mixed Phenotype Acute Leukemia w/ Myeloid Subtype.  He is receiving Targeted Therapy and will undertake a 2nd Bone Marrow Transplant in March 2019.