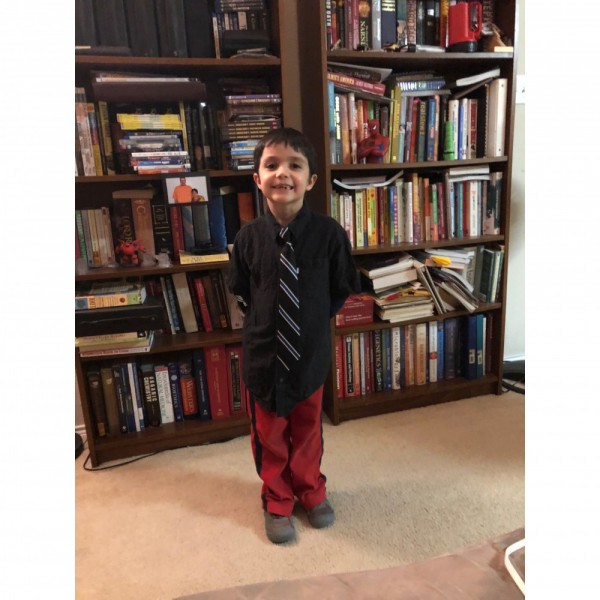 Kieran John Ellis was born on Easter Day, April 24, 2011. From the beginning, he was big, strong, and determined. Kieran was a healthy baby and toddler until January 2013. After two months of repeated infections and illnesses, Kieran was diagnosed with Pre-B Cell Acute Lymphoblastic Leukemia in March. The diagnosis was shocking and devastating to the entire family. Our little boy, who had done so little in the world so far, was set against a disease that is terrible and vast in scope. The feelings you go through as a parent at a time like that are indescribable. They are crushing and terrifying. But, he needed strong parents, and so that is the mask we donned at the time. Since then, Kieran has spent many, many days and weeks in the hospital. Months of time worth. In June of 2013, he was deemed "NED (No Evidence of Disease). This is a day that would seem to full of light and hope. And it can be, for a short time. But, the battle is far from over. There are residual effects, side-effects from the medicine that is saving him and allergic reactions to be cautious of. These various effects and reactions have led to more hospitalizations, including a bout of seizures that had Kieran in the pediatric intensive care unit...still only 2 years old. Kieran is now 6 years old. He is, from the outside, a very normal little boy. He has battles still, but finished his fight with cancer, and at this time is in remission. We hope and pray that Kieran will stay healthy, that new breakthroughs in cancer research for children will help make sure he stays cancer-free, and prevent this from happening to other kids and families. This is our hope...our goal...our fight. Also, if you would like to, please like Super Kieran's page on Facebook: https://www.facebook.com/ChroniclesofSuperKieran