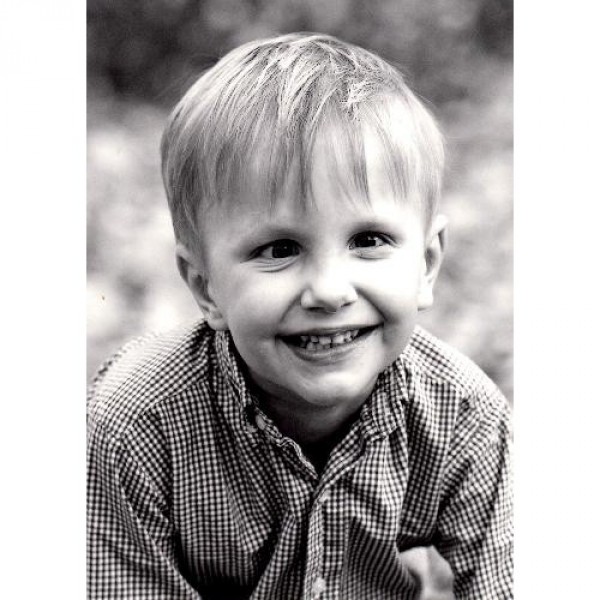 Stuart was diagnosed with stage 4 medulloblastoma in January 2010 while on a ski vacation in Jackson Hole. He was airlifted to Salt Lake City where he underwent brain surgery the following morning. Stuart is a special little boy. His absolute favorite thing in the world to do is to play anything at all with his big brother Bo who is 5 and a half. Bo is Stuart’s biggest fan and has been a crucial part of Stuart’s recovery. His maturity for a 5 year old has been nothing short of amazing. Stuart is both extremely feisty and extremely affectionate. Both of these traits have served him well in this battle. Stuart developed a complication following surgery called posterior fossa syndrome that left our highly active and verbal two-and-a-half year old unable to move or speak. He spent two weeks in the hospital recovering before he was stable enough to fly home and begin treatment at Memorial Sloan Kettering. While undergoing treatment Stuart effectively had to be re-taught how to eat, talk, crawl and walk. Over the past year Stuart has undergone three rounds of chemo plus three additional rounds of high dose chemo with a "stem cell rescue." He's undergone four surgeries, had probably 40 blood transfusions and 25 platelet transfusions and countless days of anesthesia for various MRIs and procedures. Stuart showed up virtually everyday at the hospital during his treatment wearing either Star Wars or Super-Hero pajamas complete with a cape. As he had various drugs being pumped through his body, Stuart kept himself busy playing with his Lego Guys. In August Stuart had an ommaya reservoir permanently placed in his brain as part of a clinical trial to test the 3F-8 Antibody Radioimmunotherapy. In a nutshell, this trial hopes to deliver a high dose of liquid radiation to the cerebrospinal fluid system with minimal long term effects. Stuart is now done with his treatments and goes in to the clinic every 3 months for MRIs of the brain and spine. While we are thrilled to be away from the hospital these days, we know Stuart is deeply missed by his team of nurses and doctors. There is nothing better in the world than getting a bear hug from Stuart.