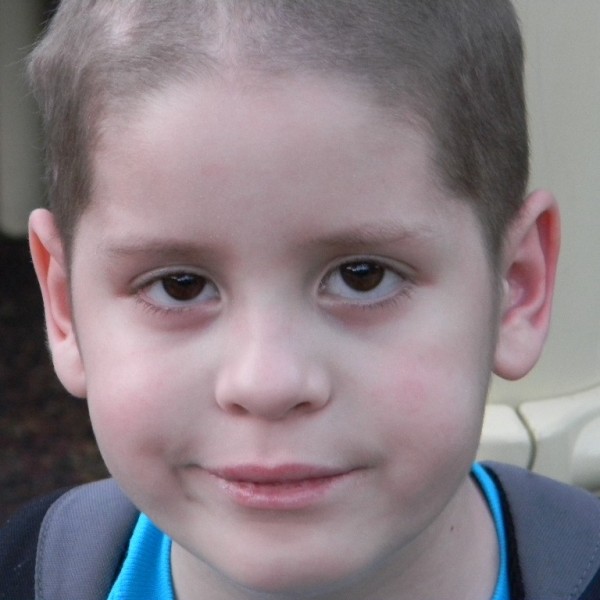 He was a fun loving guy who didn't let much get in his way. Despite all the obstacles he had to face he kept such a good attitude and loved to give out free hugs! He enjoyed visiting his friends in the hospital, playing with the therapy dogs, watching spongebob, coloring, fishing, playing with hotwheels, watching Nascar (Carl Edwards/Aflac) and swimming. Nolan's diagnoses story: Nolan started vomiting occasionally around July 2009. I thought it was a little stomach virus since Nolan tends to be proned to these. Instead of getting better Nolan continued to vomit every morning which turned into everyday all day. Then came the headaches. When his pediatrician couldn't find anything wrong we were referred to a GI doctor who (Dr. Liu) ordered further test including a CT scan of the brain. His CT scan was done on October 8, 2009 which showed a brain tumor the size of a golf ball at the base of his brain. He had an emergency MRI within 2 hours of his CT. The MRI showed a tumor in his brain, two in his spine and a spread of leptomeningeal disease within the head and spine. The operation took place on October 13, 2009 and took about 7 hours including time for anesthesia and recovery. Dr. Reisner Nolan's neuro-surgeon was able to remove most of the main tumor the rest would have to be killed with radiation and chemo. Nolan's first spinal tap was considered negative for tumor cells. Nolan's diagnosis is "Large Cell Anaplastic Medulloblastoma" A very aggressive form of brain cancer. Nolan had four brain surgeries, 30 days of radiation and 14 months of chemo which was finished in December 2010. Nolan relapsed on March 2, 2011 and started chemo again. More updates on www.caringbridge.org/visit/nolanblake Nolan had many side effects from his treatments and a lot of them were permanent. He had suffered with serious vomiting and nausea and had a GI tube placed on May 19, 2010 so he could get nourishment. He had two brain bleeds. One which required a shunt revision and one an EVD . He was on TPN (IV nutrition) from August to November 2010 for an inability to digest food properly, vomiting and diarrhea. He had dealt with left sided weakness from the surgery and foot drop (also called Vincristine neuropathy) from the Vincristine. He was in Speech therapy, Occupational therapy and Physical therapy to regain his strength. He had severe hearing loss in both ears and wore hearing aids. We are so proud of Nolan!