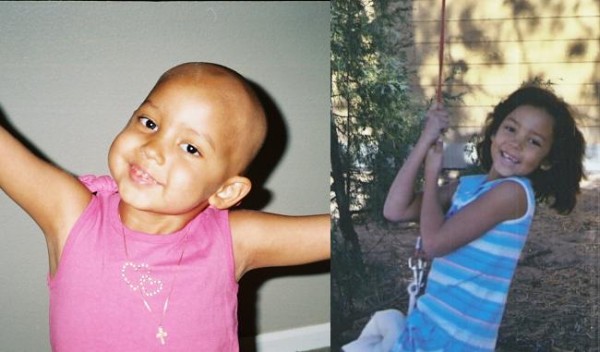 Updated on 2.14.2022: Maddisyn “Maddi” Colleen Butler, 17 of Castle Rock, CO passed away unexpectedly Wednesday, October 3, 2018 in Aliso Viejo, California doing what she loved, swimming. Previous Update: Maddisyn was diagnosed on Memorial Day weekend in 2005. She had a number of unrecognized symptoms before we finally found an angel at the Sky Ridge ER on that fateful Saturday afternoon. It was the beginning of a very long and exhausting journey. Maddi quickly earned the nickname of THE ONE PERCENT CHILD. She had every side effect known to the staff and then some that left them shrugging their shoulders. We were told to shave her head, it was only a matter of time before she'd start to lose her hair. Ironically, she didn't lose it for 5 months, but cried many days about the new 'boys haircut' she'd been given. That along with the steroids bloating her up, she was traumatized by her new appearance. To add insult to injury, Maddisyn was very sick and struggling with her meds. It was difficult to find a way that she could take them and keep them down. On top of all of this, Maddi lost the only friends that she had made since moving into the neighborhood three months prior. Some Mom's just don't like looking at reality, what can I say???... Five months in, Maddi contracted a staph infection in her medi-port. She was admitted to the pediatric cancer floor where she stayed for 12 days. Those were the worst 12 days of my life, we nearly lost her. Maddi has also battled with Steroid-Induced Psychosis. We spent many a night in the ER getting narcotics to bring her down off the walls of insanity. There were times when Maddi didn't want to go on. Shoot there were times when I didn't want to go on. As Fate would have it ' they were never coinciding. One of us was usually pulling the other one through. God gave her strength beyond anything I've ever known and it inspired me to have the same strength when it was my turn. She is the true Hero in this house. She's still my Hero! However, now she's my Healthy Hero! She was a 'late early responder' and has been in remission for 2&1/2 yrs. It's hard to keep up with her most days. She loves to sing and dance and be totally silly most of the time. She has been showered with gifts since diagnosis and is now the proud Momma of 13 babies, 30 ' 40 barbies, and 592 stuffed animals. They couldn't be luckier to have such an attentive and loving Momma. She's the most animated child I've ever known, and has earned a new nickname ~ 'DQ' (drama queen ' and we mean this in a good way!!!). Maddisyn has conquered this and will conquer so much more in her lifetime ' it's just how she rolls. With love, Maddi's Momma