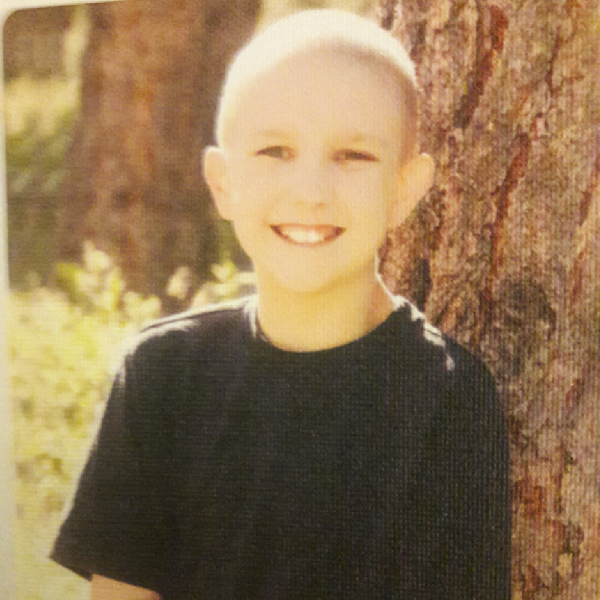 March 1st, 2016 :Hayden first found a lump behind his collarbone. I'll never forget that conversation. He was riding in the car with me because I let him ditch school that day and he went shopping with me. Hayden put his seatbelt on, then, as I was driving, he asked, "Is this supposed to be so hard?"- I looked over at him and he was pushing by his neck. I reached over while driving and felt a hard mass behind his collarbone at the base of his neck. I tried to come up with anything that could be there and just couldn't. When we got home, I had him take off his shirt, that's when I noticed how asymmetrical his neck/ shoulder area was. I immediately called his doctor and scheduled him and appointment. Little did we know, 10 days later we would be hearing words we couldn't believe, and no parent (or anyone) should ever hear. "We've looked at his scans. He has a sarcoma. We're so sorry. An oncologist will be calling you in 30 minutes." I remember calling his dad, Brandon, and having to repeat these awful things. Amazing that just a few letters, making up a few words, put together a certain way could string the most terrifying, life altering sentences we've ever heard, "Hayden has a sarcoma, cancer." Later after biopsies found out it was osteosarcoma. I still have the photos I took the first day we found it. I look at them now and I think how innocuous that stupid bump looked. That egg sized lump turned out to be an insidious bastard, bringing so much pain and fear to our son. But, today, that stupid tumor is sitting in some cryo bank, and will be Forced to help. It will help by being studied, sliced open, poked at, tested. Much like it caused for our son. But, UNLIKE Hayden- the tumor, while in the process of being tested, will ultimately be destroyed. After 4 years of battling his cancer, through the most horrendous treatments and surgery and radiation, Hayden was on at-home hospice in 2019 until he was set free from his pain on May 19th, 2020. Forever 16.Forever loved.Forever missed. Forever big brother to Mason and Ethan.We love you, our Warrior. We miss your smile, your amazing humor, your kindness and your gaming skills, love you Dolphin.????????????????