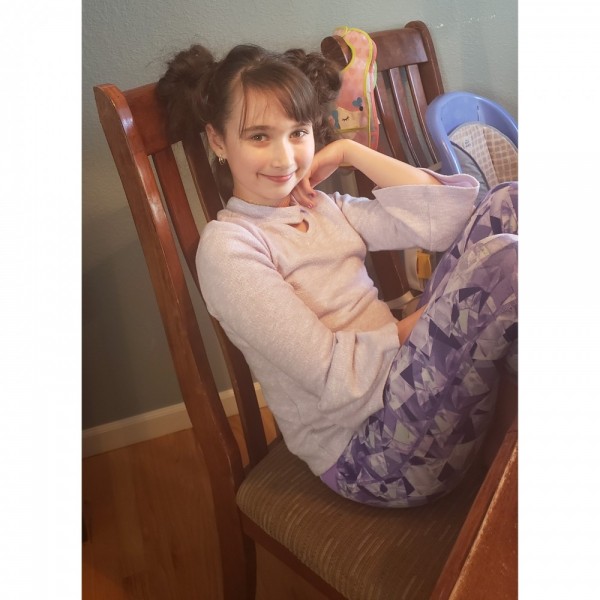 Abbie started struggling with severe nausea in October of 2019. We initially went to the pediatrician after she threw up every morning for several days. They did bloodwork and said everything was fine and just for her to take meclizine for dizziness and Zofran for nausea. Neither of these helped, so we went a different direction and took Abbie to see a naturopathic doctor. She reviewed Abbie's bloodwork and told us that it was in fact not ok and appeared Abbie was fighting an infection... which based on symptoms she believed to be a parasite. After more tests, we embarked on changing Abbie's diet completely as well as adding in some anti-parasitic medications. We also started adding a snack during the night to help support Abbie's body, which seemed to be being depleted. All of these changes seemed to make a big improvement. Abbie was able to go weeks without any nausea. But she still seemed weak and to be fighting something. Mid-July 2020, Abbie woke up with a migraine headache one morning. We believed it was because we had begun adding foods back to her diet that had previously been restricted. After several days of severe headache, she awoke with double vision, but the headache was gone. I (her mom) scheduled routine appointments to see the eye doctor for Abbie and her two siblings (it was time anyway). During the exam, the doctor noticed that Abbie's optic nerves were very swollen. Upon review by the ophthalmologist, we were sent the next day for an emergency MRI. That evening we received the call from the ophthalmologist that will forever ring in our ears... your daughter has a large mass in the 4th ventricle of her brain and you need to take her to Children's Hospital immediately. This was July 29th. After seeing lots of specialists and meeting support staff, Abbie was scheduled for surgery on August 3rd. What was supposed to be a 7 or 8 hour surgery went closer to 9 or 10 due to a hemorrhage of the tumor. But, this girl is a fighter! She came home from the hospital 2 days sooner than expected and worked hard to recover from the effects of the surgery. A few weeks later, we were given the pathology results and learned that Abbie had an ependymoma. We discussed the course of treatment recommended based on a 10 year study that had just been completed earlier in 2020. Abbie would then undergo 33 treatments of directed radiation at UC Health Anschutz during September and October. In December, she began her first round of four of chemo. We are looking to start the final round next week (Feb. 16, 2021). You can see more about her journey and the impact she has had at https://www.caringbridge.org/visit/abbiesjourney