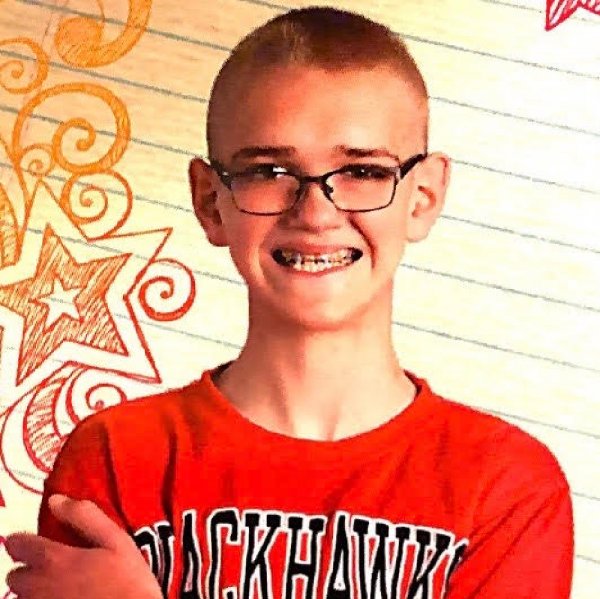 At eight weeks old, Joey was diagnosed with an extremely rare neurological disease called Opsoclonus Myoclonus Syndrome.  This rare para-neoplastic syndrome affects 1 in 10,000,000.  Fifty percent of these cases are linked to cancer.  At 15 weeks old, Joey was diagnosed with another  disease, a  type of cancer called N-Myc Amplified Neuroblastoma.  His prognosis was extremely grim. N-Myc amplification made his type of cancer extremely aggressive and we were given little hope. We were told if he were to survive his cancer he would most likely pass from the aggressive chemotherapy due to heart failure. If he were to survive that, we were told, because of the OMS, he would never walk or talk. Joey started treatments for the OMS at eight weeks old, this included him getting his first port placement.  The treatment was inject-able ACTH steroids and IVIG infusions.  After his cancer diagnosis, the cocktails of chemotherapy began. His journey started at Central DuPage Hospital but because of the rarity and severity of his diseases, he continued his treatments at the University of Chicago. Through his six year battle, Joey endured more CT scans than I can even recall. Three surgeries, three staph infections that all went peripheral, an additional port placement, multiple lumbar punctures, MRI's, and a weekend immune system(which caused other illnesses to occur). Even though Joey was going through so much medically, we chose to do any and all therapies that would help him have quality of life.  PT, OT, Speech, Behavioral Therapy, and Massage Therapy. Joey fought hard and eventually went into full remission at the age of six. My Joey is a happy and healthy twelve year old now! He does suffer from long term residual effects from the OMS and all of his treatments. He sees multiple specialists on a regular basis but he excepts every and all challenges with a smile and positive attitude. We are so blessed to be able to share Joe's story and hope that we can share hope an inspiration to others in need.