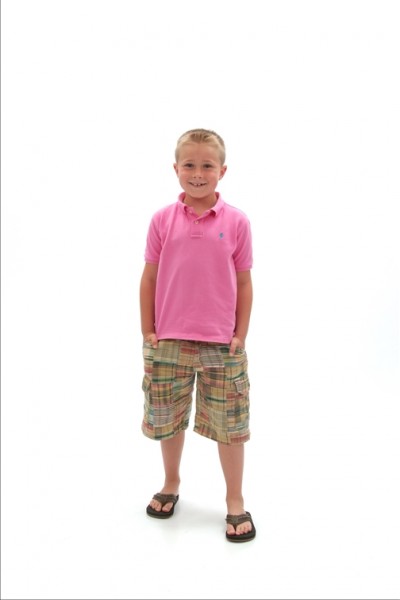 My son was just a normal four year old boy when he was diagnosed with a Wilm's tumor on his left kidney. I was not home often as my job required frequent travel, and it turns out that may have been Carter's saving grace. After coming home from a trip, I noticed that his left side looked swollen. We had already scheduled an appointment for Carter to see his pediatrician for his immunization shots, so I planned to use that opportunity to bring up what I had noticed. After a very quick exam, our pediatrician sent us directly to MUSC, as he had felt a large mass on Carter's left side. We made our way to MUSC in downtown Charleston and went to have a CT scan. Little did we know, but we would not be leaving the hospital again for two weeks. As soon as the scan was complete, we were admitted into the Children's Hospital. A day and a half later, a football sized tumor and Carter's left kidney were removed. The Wilm's tumor was stage three and had metastasized to Carter's lungs, but by the grace of God, the tumor remained in its capsule and did not burst, thus saving his life. Several weeks of radiation and months of chemotherapy followed, turning my little boy into a weak and frail child. He smiled through the pain, and we hugged him and held him all the time. Later he had another surgery to remove a wedge of lung tissue that turned out to have non-viable Wilm's tumor cells. I can honestly say that we had not seen a stronger human being than my son. He would refuse pain medication because of how it made him feel, but that would not stop him from getting up and walking around and making trips to the playroom to paint pictures. Carter has been in remission for 4 years now and every day that he is well is a blessing. To look at him now, you would never know that he is a cancer patient. He loves to play sports and go fishing and music seems to be his passion. Even his surgery scars have started to fade. It is because of him that I donated money to St. Baldrick's 7 years ago, and why joined the fight and have shaved my head the last 5 years. This disease brought our family closer to each other, and has taught us to never squander a single day, never forget to tell someone you love them, that hugs can heal, and that bald is beautiful. Thank you to St. Baldrick's for allowing me to share our story.