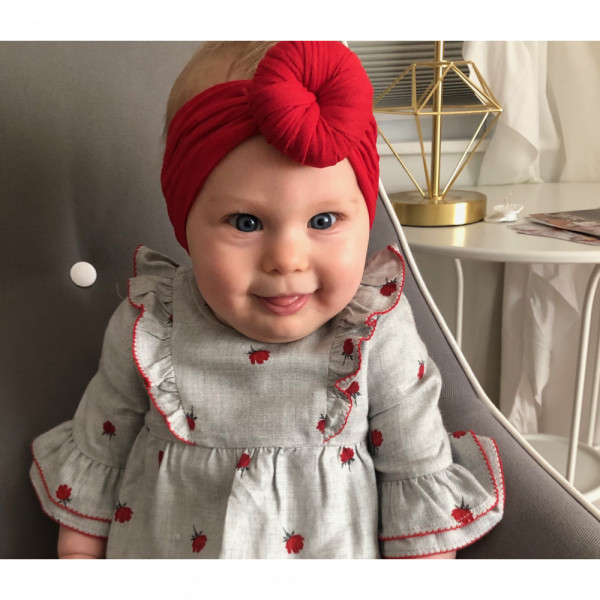 Thank you for supporting me and the more than 300,000 kids worldwide who will be diagnosed with cancer this year. By sharing the gifts of your time, talent and money with the St. Baldrick’s Foundation, you're supporting research to give all kids with cancer a better chance for a cure. We were very lucky to catch Nora’s diagnosis quickly. We had noticed a few things off about her, even though she was acting completely normal. She had spit up a few times and seemed more mucusy (maybe unrelated), had felt a little warmer sometimes, and noticed a couple red dots on her leg, later to find out they are called patechiae. We always made sure to check her temperature to make sure she didn’t have a fever, and she never did. We always kind of thought, no fever, no infection, no big deal right? After a couple days, she had a red ear and we feared an ear infection and decided it was time to go to the ER. The doctor prescribed some antibiotics and wasn’t concerned with the patechiae because it could have been caused by her just bumping her leg. Thankfully, as she getting read to leave, Kelsea noticed more red dots on her head. That was enough for the doctor to order blood tests. A few hours later, a fear we had never could have anticipated was confirmed, leukemia. I want to share our story as much as possible. If it wasn’t for Nora’s mothers gut feeling, who knows how long it would have been before we found out. The signs can be so small and the fact that there was no fever, I never would have even thought it was possible. Trust your gut, don’t talk yourself out of going to the doctor. Dont tell yourself you’re being too overprotective, it can be the difference in early detection.