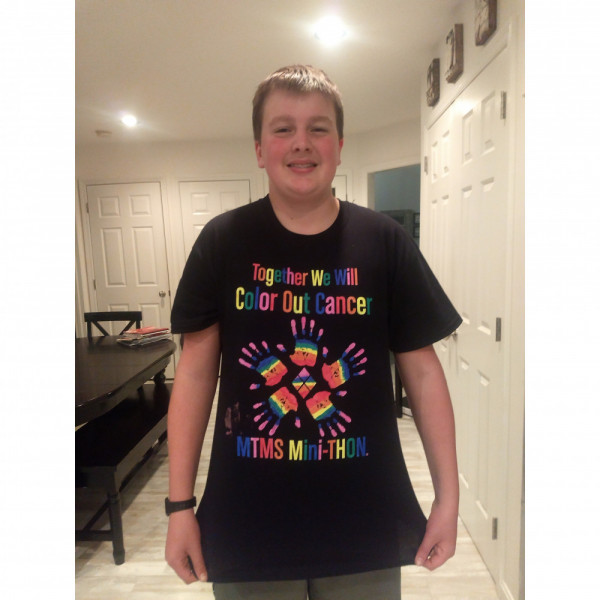 Thank you for supporting me and the more than 300,000 kids worldwide who will be diagnosed with cancer this year. By sharing the gifts of your time, talent and money with the St. Baldrick’s Foundation, you're supporting research to give all kids with cancer a better chance for a cure. On Tuesday, January 10th, 2017, Ryder woke up with a headache and went off to school and the rest of the week was playing and feeling great. Friday the 13th was a different story. Ryder woke up with a severe headache and violent vomiting. Nothing was helping at home so a trip to the ER was required. I (Mom) am an ER nurse, so I had to work, but Ryder’s dad was able to take Ryder. I said to them, “Whatever you do, don’t leave without a CT scan of his head. I don’t have a good feeling about this.” 20 minutes after I arrived at work, Ryder’s dad (Ron) called to say that they found a brain tumor and were rushing Ryder to Hershey. I raced to Hershey Medical Center from York to meet Ron and Ryder’s ambulance. I still have no idea how I drove there or got there. I stood without a coat at the ambulance bay waiting -- wondering what my son would look like. Will he be crying? Will he be his happy, joking self? He was both. I remember shaking uncontrollably. I remember telling my husband the only way we can make it through this is together. As a family. We have to hold each other up. In the ER, they kept saying, “cancer”, “tumor”, “surgery”, “radiation”, “chemo”. As a nurse, I knew the road ahead. No one else did. So I had to make sure everyone else was okay. Ryder had surgery on his brain that night to create a pathway for fluid to flow through, since the tumor was blocking the natural path. He came home on January 17th, to a house FULL of friends, family, and neighbors wishing him well. Cheering him on. On January 23rd, we had an appointment with neurosurgery to see if his scar was healed enough to move forward with chemo. Ryder bent down to tie his shoes, and spinal fluid shot straight out of his brain incision. I drove so fast to Hershey Medical Center, where his doctors were waiting for him -- more surgery, which left him with a tube sticking out of his head. The pathway that had been created didn’t work, so he needed a drain. The next day, he had more surgery, a port implantation, and a spinal tap. He was admitted from January 23rd to January 30th. He also had surgery January 29th to place a shunt to drain fluid from his brain to his abdomen. Then we had hearing tests and eye tests to get ready for chemo and radiation. Chemo started February 9th. Ryder always had a smile on his face and a joke up his sleeve. Every single day we came home, there were multiple packages with gifts and cards and encouraging words. Each day was a new surprise. Chemo ended in April, and on May 15th, we took the train to Philly for radiation at CHOP. Ryder rang the bell on June 20th - he was DONE!! But his journey has not been forgotten. Ryder was given so much support that he decided he was going to create a foundation. He wants to give back to kids with cancer. So he started Ryder’s Smile Packages! These are pillowcases filled with items that helped Ryder get through treatment. He gives these to new cancer kiddos. Ryder gets donation and packs all of the pillowcases himself. His goal is that no one fights alone. Thank you! Stacey Getchis & Family (Ryder, Avian, & Ron)