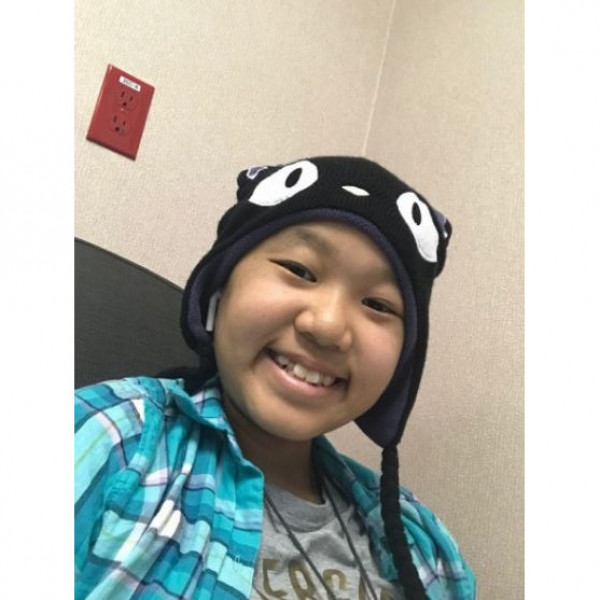 Meet Ally, a 15-year-old from Hawaii who loves travel, Disney, dogs, and going to her sister’s soccer games.

Ally has been through a grueling limb salvage surgery, three double thoracotomies (surgeries to open the chest), chemotherapy, and CAR-T therapy.

Diagnosed with osteosarcoma in January 2018, Ally had 4 months of chemo, followed by a 16-hour surgery to remove a tumor in her left leg. She used crutches for more than 1 ½ years and had nearly 3 years of physical therapy. After learning the lesions in her lungs had grown, she began more intensive chemotherapy.

In June 2019, she transferred to Children’s Hospital Los Angeles to have a double thoracotomy, and in June 2020 she went to Texas Children’s in Houston to participate in a CAR-T clinical trial where her T-cells were frozen, reengineered, and placed back into her body with the hope that they would attack the lesions in her lungs. Since the T-cells weren’t working as well as hoped,

Ally had another double thoracotomy in October 2020. After three months on one of her new medications, she developed sores in her mouth and on her hands, arms, legs, and feet. After stopping the medication, scans showed inflammation in her chest that was indicative of osteosarcoma growth.

She underwent yet another thoracotomy in April 2021 and has been taking Regorafinib, an oral chemotherapy, paired with Zoledronic acid infusions to keep the lesions from growing back.

Ally is friendly, loyal, authentic, and STRONG. When she grows up, she wants to become a pediatric oncologist to pay it forward and to help make life better for pediatric cancer patients.