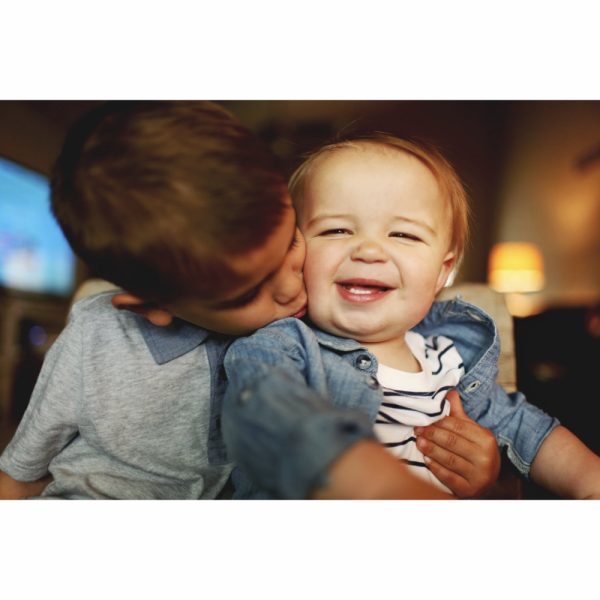 Thank you for supporting me and the more than 300,000 kids worldwide who will be diagnosed with cancer this year. By sharing the gifts of your time, talent and money with the St. Baldrick’s Foundation, you're supporting research to give all kids with cancer a better chance for a cure. At seven and half weeks old, our sweet, innocent little boy was diagnosed with a potentially fatal form of cancer called retinoblastoma. In less than a week after diagnosis he started his journey of treatment, to become cancer free. Retinoblastoma is an eye cancer that begins in the retina — the sensitive lining on the inside of your eye. Retinoblastoma most commonly affects children up until 5 years of age and is very rare, only occurring in 200-300 children in the US each year with a 50% survival rate worldwide. We noticed Ben wasn't making significant facial contact or following objects side to side. There's that intuition as a parent, when you know something just isn’t right. We moved up his well-check appointment, where a "white reflex" showed up during his eye exam and we heard what we feared most, the white reflex was a tumor; our baby Ben had cancer. In less than 48 hours, Ben had extensive tests which all concluded that he not only had tumors in his right eye, but his left eye as well. His cancer was extremely fast moving and fatal if spread outside the eye. We could not wrap our head around our innocent baby having cancer and undergoing chemotherapy at 2 months old - how is this possible? Ben continued to undergo chemotherapy, laser therapy, MRIs, exams under anesthesia and blood work. It was all working as planned initially, until the physician informed us the large tumor in his right eye created 30+ tumor seeds, which would not be treatable by our current treatment plan. They presented us with only one option, to remove his eye. We choose to get a second opinion. As we faced this devastating news, we made our way to New York City, Memorial Sloan Kettering to see a specialist for retinoblastoma. The physician is a world renowned specialist who pioneered a procedure in the USA, called Intra Arterial Chemotherapy (IAC) which administers chemo directly and locally to the eye through an artery behind the eye. This procedure had less effects on the body and the localized administration of chemotherapy meant a direct shot at the tumors - killing the tumors, saving his eye and retaining some of his vision. Ben underwent this procedure once a month for 3 months. After the first procedure, all of the seeds were completely dead. It was a miracle. Although we are traveling across the country for Ben’s care, we couldn't feel more confident, and grateful for the care he has received. Due to the rarity of his cancer, we will continue to travel for his exams until the age of 5, with his visits spreading out from every 4 weeks to now every 4 months. Ben is now a spunky, joyful, fun-loving two and a half year old, and has received a “clear” exam for the last one and a half years. Although he only has peripheral vision in one eye, miraculously he can see great with his other eye and has adjusted so well. Ben almost lost his life, almost lost both of his eyes and was so close to becoming blind. We couldn’t be more more thankful for places like St. Baldrick's who raise awareness and support for our children. To think where our journey started and how far we’ve come….because of the endless research, the funding, the technology, a passionate medical team and a relentless community of support. Everyone has a purpose in this life to impact the world for the better. It’s amazing, big or small, we all have that power. In fact most of us live out that purpose by supporting a cause. From the bottom of our hearts, we can’t thank you enough for supporting St. Baldrick's and childhood cancer.