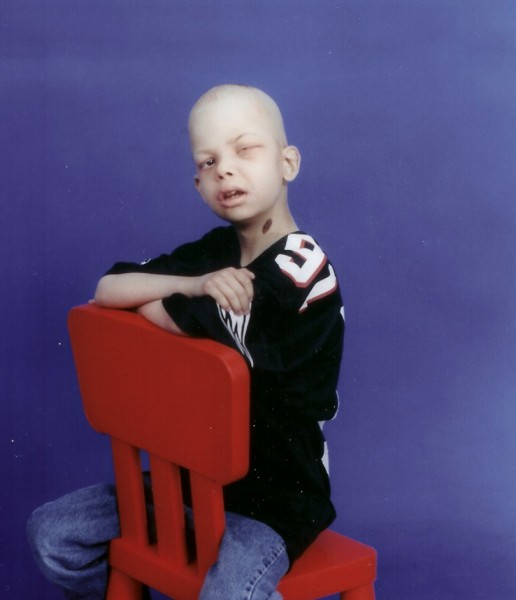 DiMitri, or "MEAT" as he was affectionately called by all who met him was the most kind loving and compliant child. He was a kid who was literally a clean slate, he had no language, no preconceptions of people, nothing, he took everything as it came to him, people, learning, anything. Everything was a new adventure, everything was a joy. He was a JOY, and he is horribly missed everyday, every minute, every second. WE MISS OUR MEAT!!! DiMitri was an amazing kid, he was born deaf and had no language when we adopted him from a Bulgarian orphanage. Things our kids took for granted like eating a hamburger at Mcdonalds, was a huge deal to him, he didn't even know how to eat. it, he made a he hamburger into meat, a salad and bread, it was like a 7 course meal...he couldn't talk at all, but man did he try to sing, it would call the dogs home that is for sure, but he loved it, and we let him go at it. DiMitri was so brave through this whole thing,he never complained, he didn't ask why me, he just took it all in stride, this horrible disease called Rhabdomyosarcoma this aggressive tumor in his tiny little brain~he didn't cry at chemo, radiation, or during blood draws, he just let the doctors do their thing, with the exception of a changing of the pick line, that he didnt like so much. But when he was at the end of his short life, he did it with dignity and like a true gentleman, he told us, "No more, DiMitri go home, Dimitri done now, me tired", and we knew what that meant, he wanted to go home and die, how could he understand the complications of that he is just 7 for God's sake, how could he know. We are selfish by nature, and we want our loved ones with us for all time, but at what price? The price of pain and suffering?? We just could not do that. we had to let Meat die with dignity, and grace, we had to let him do this HIS way. And HE was comforting my wife Lisa and I, instead of us comforting him. We have to find a cure for childhood cancers, no child should ever have to suffer like that~no child should be buried by a parent, no family should be devastated like this!! He passed away at home with his mom, dad, sister, and brother & grandma sarah,at his side, so dignified and so graceful. DiMitri passed away the day before his brother Cody's birthday, and he was buried on my wife's and my anniversary. He taught us a lot in his short time here on earth, he was an angel then and he's our angel still! Thanks DiMi we love and miss you. visit his website at dimitripruneda.bravehost.com or at myspace.com/dkpfoundation.