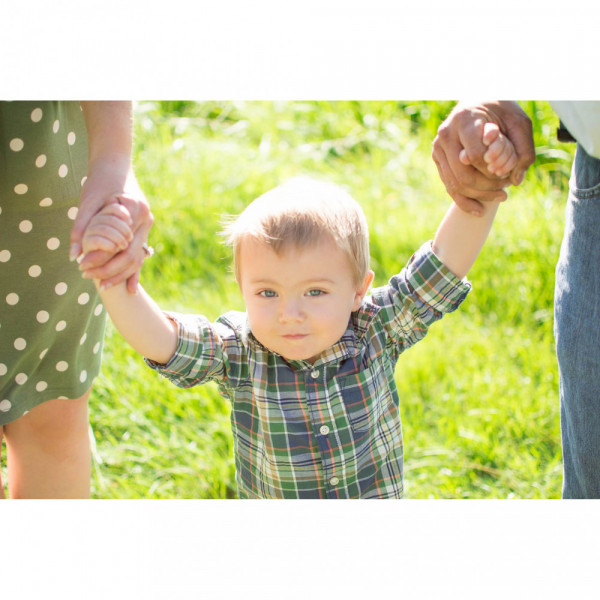 Cole was diagnosed with JMML in September of 2016. As a new mother and father our lives were turned upside down as we were faced with the responsibility of walking through this new journey, of childhood cancer, with our little 1yr old boy. The day we were given the diagnosis we were also told there really was not many treatment options for this disease, our only option was Bone Marrow Transplant. We returned home that day devastated and began trying to come to terms with the news we had just received. On October 21st Cole was admitted to Duke University Hospital to start the process of the Bone Marrow Transplant. Within a few days Cole had a central line placed in his chest for direct access, he also had a 2nd Bone Marrow Biopsy done. The next step was to determine whether or not to keep his spleen or remove it for it was enlarged with what was believed to be cancer cells. The risk of relapse was a lot higher keeping the spleen in, so we decided to  remove it to eliminate those risks. During recovery from surgery Cole had some complications and had to be sent to the PICU twice. That was the most we have ever been in our lives! Cole also caught a virus while inpatient, Para influenza 2, which caused the chemo and transplant to be pushed back about a month. Our baby boy finally started chemo for transplant on Dec.10th and finished chemo on Dec. 19th. After a day off for rest, Cole received his miracle(The Transplant) on Dec 21st 2016. The transplant itself was not a surgical procedure. It was done through IV right in his room and only took about 30 mins. The next few days were rough as the chemo started to catch up to Cole and slow him down with sickness and tiredness. On Jan. 5th 2017 we received the best Christmas/New Years present we could have hoped for, Cole officially ENGRAFTED, which means that the new cells were working and starting to take over. Jan 31st, 2017 we were released from the hospital and finally, as a family, went to the Ronald McDonald House of Durham. Mar 31st 2017 we brought our little hero home for the first time since Oct 21st 2016.  Apr 3rd 2017 Cole had his first CHIMERISM test done, which is the test that shows what percentage of Cole's cells versus the donor cells from the cord blood transplant. His results showed that Cole was >98% DONOR CELLS which is the best you can get or hope for. Cole remains >98% now and has started getting his vaccines again to catch up. Thank you for supporting Cole and the more than 300,000 kids worldwide who will be diagnosed with cancer this year. By sharing the gifts of your time, talent and money with the St. Baldrick’s Foundation, you're supporting research to give all kids with cancer a better chance for a cure.