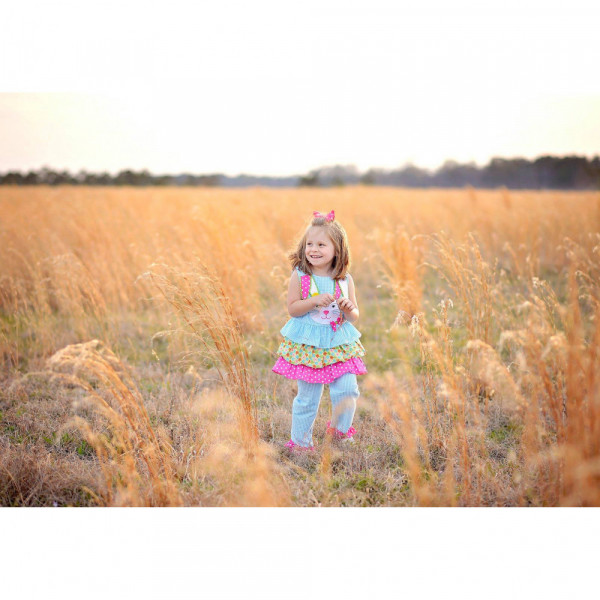 Paisley was diagnosed with a very rare Stage 4,  Yolk Sac Teratoma Cancer on Sept. 17, 2012. Up until about two months before this date she was a normal, happy, healthy and very active child. Once the tumor that formed on her tail bone started to form at a very rapid pace, she became very fussy, not wanting to eat or play, struggling to use the bathroom and just not herself as she was in so much pain. It took about 2 months, numerous dr visits, late night ER visits and prayers to finally find out what my little girl was changing for and going through. She was diagnosed with constipation on numerous occasions due to not being able to have a bowel movement, then she was diagnosed with UTI, Ear infections, Growing Pains, Fissure, Possibly a fracture in her back...etc. Until she was finally referred to a Bone Specialist and he saw the problem right away! First we were told it was either a Cyst or a Tumor...She was admitted to the Childrens Hospital right away and began the 2 week long process of many many scans, tests and blood work. The tumor was the size of a grapefruit. On Sept. 17, 2012, Paisley was scheduled to have a 6 hour surgery to remove the tumor attached to her tail bone...within 45 minutes the surgeon himself came and got us and took us to a private room...we knew at this point it was not good for him to be coming out within 45 minutes...He said "I need you to be strong and prepare yourself for what I am fixing to tell you...the tumor was in operable and malignant...Your child has cancer...I could not even attempt to remove it, so I had to close her back up and will add her port right away to allow for us to start chemo right away...as soon as we run further tests and scans to find out exactly were all this cancer has spread or has not..." From this moment on our world was flipped upside down, just from those 4 words...We prepared for the worst because once all the tests and scans were done and came back, we found out that she not only had cancer at the tumor sight but also in her Bone Marrow and Lungs. The tumor was the size of a grapefruit and had prevented her from being able to pee or have a bowel movement causing her bladder to be so full that it was extended into her ribs...the dr said had it been another day or two that would have ruptured and not been good at all. One of her blood counts called the AFP count that in a normal person would be between 6-10, hers was 285,000. They started her on 3 different types of Chemo that would last for one whole week in the hospital for that week, every other week and on the off weeks she would have to come in to the clinic on Monday & Tuesdays for Blood work. During her Chemo treatment she had to also have 3 blood transfusions. Some weeks were harder than others if her white blood count was too low to recieve chemo or she had to have transfusions. We had to give her Neupogen shots on a daily basis for the whole course of her treatment to help keep her WBC and immune system up.  We were told that the side effects from the Chemo and where she had to have surgery would probably prevent her from being able to walk well again, she could be deaf and have to wear a colostomy bag and that her kidneys could be damaged from the chemo. People started praying for Paisley all over the world, literally, billions and we started noticing healing right away! I noticed a change and relief in her within the first week of her chemo treatment, the tumor seemed to be gone when I would check her bottom...her AFP count had actually dropped to 52,000 as well...once I told the dr that it seemed to be gone he said :No way..." I said "yes!" So he cheked and said, "Wow I am believing!" Throughout this whole journey, Paisley was always positive, sweet and ready to run the halls or ride on the iv pole at the hospital or at home! She had 6 rounds of Chemo for a period of 4 months. She did have to learn to walk again and be potty trained again because due to the tumor she could not control her bowels or urine once the tumor started to shrink. On Janurary 28th, 2013- Paisley went in for her final surgery to remove any remains of the tumor that may have been left...the surgeon said there was no remains to remove or even any sign or evidence of a tumor ever being present! He removed her tail bone to prevent re-growth but said she is completley healed! She was to stay in the hospital for at least a week to allow for healing but within 2 days she was up and running around and got to go home! On March 17, 2013-Paisley had her port removed! From that point on she had blood work and scans every 3 months, then after so many years she would have scans and bw every 6 months and now she just has MRI scans and blood work once a year! She is now CANCER FREE and has been in remission for 5 years now!!!! No side affects whatsoever, her hearing is actually better than the average person!! God is so so good! Thank you for supporting me and the more than 300,000 kids worldwide who will be diagnosed with cancer this year. By sharing the gifts of your time, talent and money with the St. Baldrick’s Foundation, you're supporting research to give all kids with cancer a better chance for a cure.