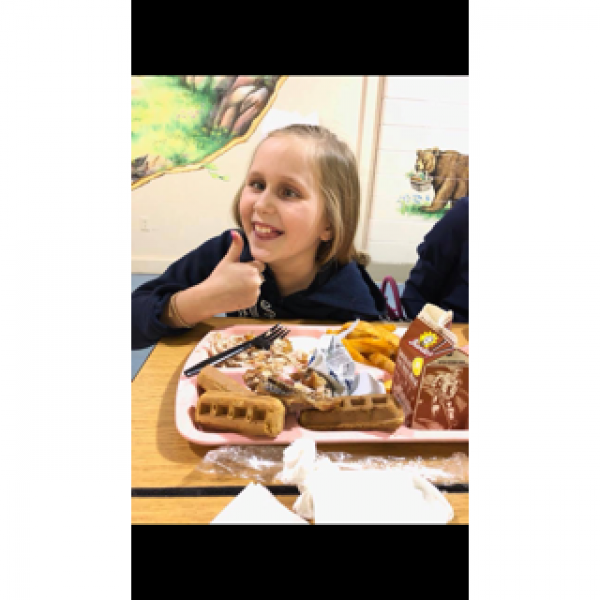 In September 2017, Aubreigh started experiencing symptoms that raised some red flags. She started complaining of a headache during the summer, but we related that to her being tired, going all the time, and just normal 10-year-old stuff. Then she started school, and we started noticing things. Standing still was an issue, coordination … at dance, she was always front-and-center, and when they noticed her missteps, they called me. Then, her handwriting was getting sloppy, and we knew something was off. When we were camping, she told us something was wrong with her bike, that she couldn’t steer it well. When we got on, it was fine. That’s when we took our daughter to the doctor. An MRI revealed some abnormalities, and we were sent to Women’s and Children’s Hospital in Mobile, Alabama. Extensive tests were performed, and we were admitted for four days. Then, on Sept. 12, time stood still - and the world was turned upside down. Aubreigh was diagnosed with DIPG, which stands for diffuse intrinsic pontine glioma. It’s the most deadly form of childhood brain cancer, and the survival rate is virtually nonexistent. We were heartbroken knowing anything was wrong with our daughter, and it was a roller coaster. You never expect anything like this to happen to your family. You expect to grow old together … it stops you in your tracks. The prognosis for DIPG is grim – but the Nicholas family refused to give up from the start. Aubreigh was one heck of a fighter, but she died so peacefully. She is no longer suffering and danced into God’s arms August 15th 2018. Our faith has grown so much from her and she has made us so much better! Our life will be forever changed, but she is whole again!