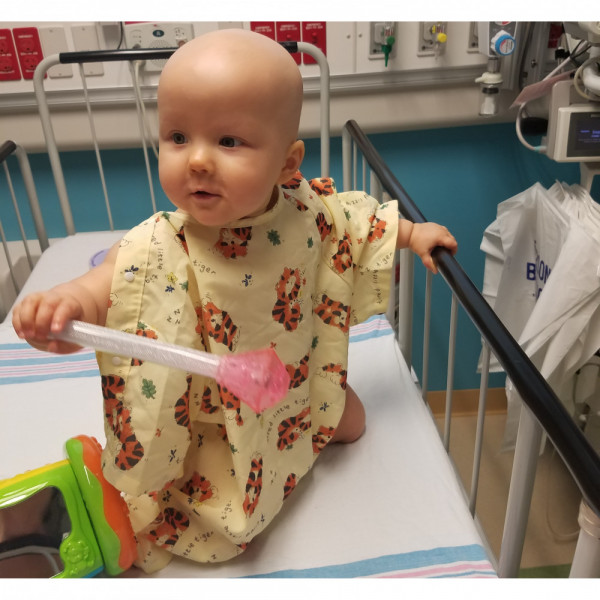 Born at only 34 weeks at 4 lbs 13oz Sienna has faced a very tough first year of life. But that never stopped her from being the most smiley, cuddly energetic little girl. After spending over 3 weeks in the nicu after birth it was only 3 months later that a lump was spotted on Sienna's chest. After a quick ultrasound, and MRI it was confirmed it had malignant characteristics. She was quickly sent to Ann & Robert H Lurie's Children Hospital where additional scans, and a biopsy were completed and it was confirmed a malignant tumor but additional testing needed to be done for a diagnosis. The additional testing could not confirm an exact diagnosis for the tumor so was listed as a undifferentiated hard tumor sarcoma however she would be placed on a Ewing Sarcoma treatment to fight the tumor.Sienna had the tumor removed in January 2017 and completed 14 rounds of chemotherapy over 9 mos and her last scan in December showed no evidence of disease. At now 18 months she is continuing to get stronger and loves to be able to keep up with her 3 year old big sister Layla.