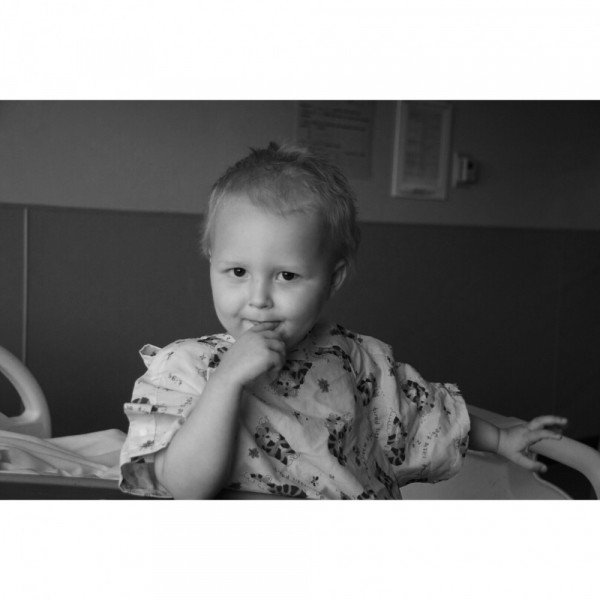 Thank you for supporting me and the more than 300,000 kids worldwide who will be diagnosed with cancer this year. By sharing the gifts of your time, talent and money with the St. Baldrick’s Foundation, you're supporting research to give all kids with cancer a better chance for a cure. Daniel's Story Daniel is a energetic 3 year old who loves playing at the park with his twin sister. Daniel has been made an honorary firefighter by Seminole County Fire Department and he loves going to the fire stations and even dresses like a firefighter for doctor visits. Dorothy likes to dress up with him, sometimes she's a firefighter but others she's Belle or Elsa. After a just about a year of off and on colds Daniel became sicker then he had been any of the other times. I remember sitting there with him that night and noticed little tiny red dots all over his sink, we went to bed that night knowing he had a doctors appointment in the morning and everything will be ok, or at least should be. When we got there she was very concerned with it and told us if it got any worse to take him to the emergency room for a blood test, this was Wednesday. Things got worse by Friday and we went to the ER Saturday morning, November 19, 2016. The next thing we know we're being told our son need a blood transfusion right away and needed to be transported to a child's hospital and that the ambulance was already on its way. Once we got to the hospital it was the start of an exhausting day of doctors coming and going to check on our son, the last one of the day was a blood disease doctor. He had the most concerning news of them all, telling us that all his signs could be signs of cancer and wanted to do a bone morrow biopsy to rule cancer out. The next day our son was sedated and a chuck of bone marrow pulled from his hip, this was November 21,2016. 36 hours later we got the news no parent ever wants to hear, our son was diagnosed with ALL-B cell leukemia standard risk, a cancer of the blood where his body wasn't making the right kind of blood cells, this was November 22,2016 Daniel is only 22 months old. He started chemotherapy Thanksgiving day and has been receiving chemotherapy since then. After the first phase of treatment most kids reach maintenance and remission, Daniel did not meet the mark for this. He was moved into the very high risk category at the start of 2017, which means he had to do more intense chemotherapy treatment and has a higher risk of Leukemia coming back. During this time he has received many transfusions; cryoprecipitate, many bags of red blood, many bags of platelets and an unknown number of IVIG (which is an immune system booster, that made from blood.) Leukemia is a long cancer, meaning he has at least 3 years of treatment, he is in the last phase of treatment which is maintenance and takes 2 & 1/2 years. Now that he is in maintenance he goes to the hospital once a month for a spinal tap but he has to get chemo at home everyday and mom and dad are the ones that have to give it to him. Daniel has had 3 bone marrow biopsies and a countless number of LP or spinal taps. We are still fighting this fight and refuse to give up!