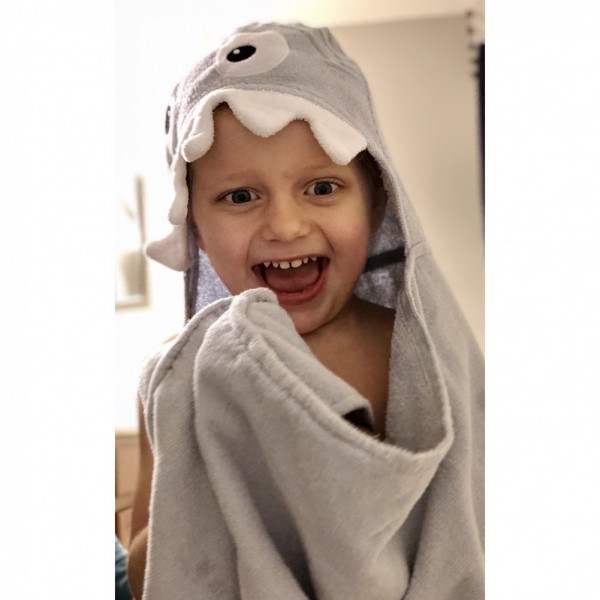 In March 2016, our 21-month-old son, Cade, started randomly crossing his eyes. Within a week it escalated from a few times a day to a few times an hour. With some persistence, we were able to get three pediatric ophthalmologist appointments the following week. Thankfully, one of the doctors saw something that the other two did not see – optic nerve paleness. This alerted her to order an MRI. On April 11, 2016, Cade had his first of many MRIs. A brain tumor the size of a baseball was discovered – our lives were forever changed from that moment. On April 14, Cade underwent a 9-hour brain surgery to have his tumor resected. Thankfully, the entire tumor was removed. On April 19, the initial pathology report confirmed that the tumor was brain cancer – medulloblastoma. Although the tumor was removed, Cade still needed intense treatment to lessen his chance of relapse. He proved throughout this journey that he is a fighter. Since his diagnosis in April 2016, he accumulated over 10 scars, endured 42 chemotherapy treatments, has been rushed to John Hopkins ER at least 12 times, and has spent about 100 nights in Johns Hopkins Hospital. He has also had numerous surgeries and needed blood and platelet transfusions. Cade threw up more times than I would ever be able to count, he lost weight, lost his hair, had horrible mouth sores, the worst diaper rash, but he kept his loving spirit and smile. This journey has taught us how valuable life is, to not take a moment for granted, and to look for the positives in negative situations.