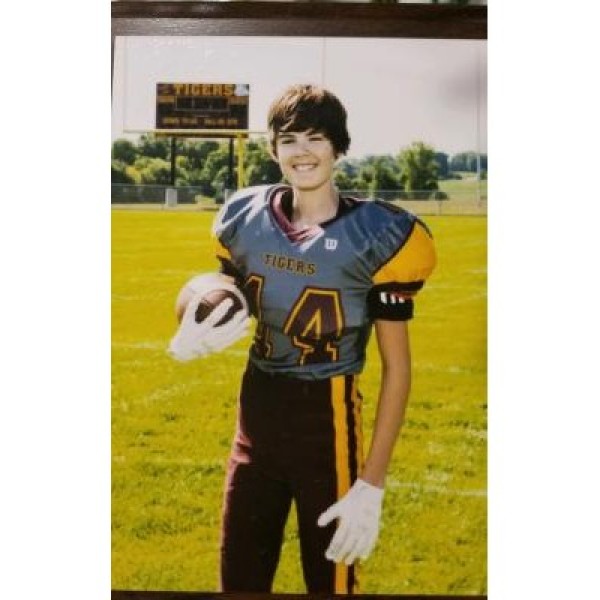 On August 28th, I took Logan into the ER in Owatonna MN because he was having chest pain. By the time we got in a room in the ER his pain was pretty much gone. They did hook him up to heart monitors, did blood work and a chest x-ray. The only thing that looked off to the Dr. was the blood work. Logan's hemoglobin was very low. About 9, in a healthy young male it should be 12-15. His platelets were also high as well as his white blood cells. The Dr. said to follow up with his primary and that he was thinking Logan was anemic. On Sept. 1st he went in to see his primary Dr. and to get blood work done again. Nothing with his blood had really changed so they started treating Logan for Anemia. Iron therapy. He was to take 3 iron pills per day and we were to slowly work up to that amount. We never made it past 2 pills because it gave him such bad indigestion that he could hardly eat anything. The Dr. wanted him on the iron therapy for 3 weeks and then test again to see where everything was at. Being concerned I called his Dr. and asked if we could test sooner. He agreed, so I took Logan in on Sept 21st to the office in Kenyon. Logan was feeling fine that day but he had a temp of 103°. His Dr. was concerned about the fevers so he said he was going to get us a referral to Mayo. So he left the room and said he would be right back. He came back in about 5 minutes and said he was sending us to St. Mary's ER...this was not what I was expecting...a referral to me meant that we were going to go home and make an appt in Rochester in a month or so. This is when I started to get a little nervous. So we drove home got his little brother Dylan and some snacks and we headed to Rochester. His Dr. said they would be expecting us...and they were. That night changed my families life forever! Logan was admitted to the pediatric ER within minutes of our arrival. They started asking many questions, taking his vitals and getting ready to start an IV. Shortly after that they had him do another chest x-ray and an ultrasound of his belly area. The ultrasound showed some black masses in his belly that they could not determine. He was then sent for a CT scan. When the nurse came in his room and asked me to come into the family room...I knew in my gut that this was not good. The Dr, a resident and a nurse came in the room shortly after I was in there. The Dr. said that they are worried about Logan and that it is looking like he has cancer....how do you react to this? I cried, they hugged me...asked if I was OK?? What kind of question was that...you just told me that my child has cancer, no I am not OK. I did not know how I was going to go back in that room and tell Logan that he had cancer. The Dr. said he would tell him. We went back in the room and he told him and Logan didn't really react to the news. It wasn't until after they all left the room that he looked at me and asked "so they think I have cancer?" I had to tell him that that is in fact what they thought...we both sat in his bed and cried. They moved him up to a room on the PEDS floor for the night. In the morning he had another CT scan of the rest of his body. Later that day one of the PEDS Oncologists came in to talk to us about what was going on. She said by the looks of everything and what she was seeing she was very confident that this was Hodgkin's Lymphoma. She informed us that she could not give a definite answer to us until he had some biopsies. We returned to Rochester Mayo on Sept 26th for a PET scan. We got the results of that later that day and it was determined that Logan would return for surgery on Sept 29th. At that time they would do a CT guided biopsy of a lymph node from his neck and if they could not get to that they would have to go into his chest to get a biopsy from there. He would also have a bi-lateral bone marrow biopsy from the hips and a port placed in his chest for chemo treatment. We still at this point do not have a 100% answer what this is and will not find out till Oct 4th. We again returned to Rochester on the morning of Sept 29th for surgery. Everything went very well during surgery but took longer than we expected. Logan was in the OR for about 5 hours. There were 2 different teams working on him for all the procedures that he was having done. When we came back to Rochester on Oct 4th...we were told 100% that this was Hodgkin's lymphoma stage 4B. The Dr. had a treatment plan ready and waiting for him. They did not waste anytime, she wanted chemo to start that Friday the 6th. Thank you for supporting me and the more than 300,000 kids worldwide who will be diagnosed with cancer this year. By sharing the gifts of your time, talent and money with the St. Baldrick’s Foundation, you're supporting research to give all kids with cancer a better chance for a cure.