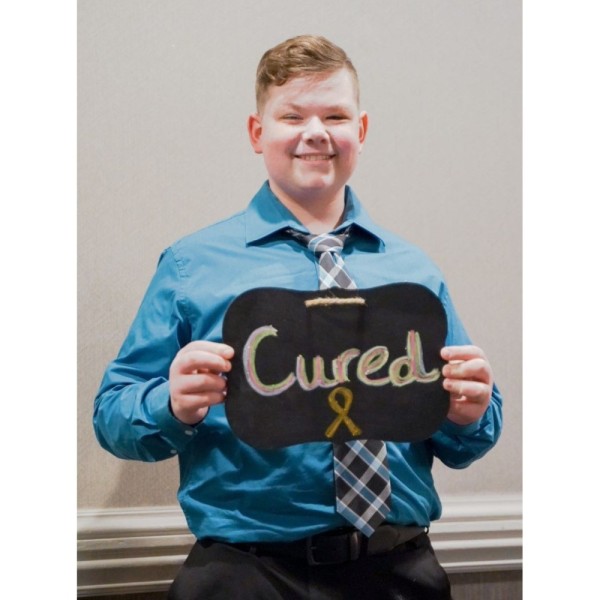 Did you know that more than 300,000 kids worldwide will be diagnosed with cancer this year? My son became a part of that statistic when he was 2 years old in 2011. He was diagnosed with the "most common and most curable cancer", B-cell ALL. He had a more than 80% chance of survial but his cancer would prove to be not so normal. After relapsing while on treatment, we were forced to pursue a bone marrow transplant. Though he responded extremely well, he unfortunately relapsed 2 months later. Normally at this stage there would be no options. Austin had a less than 20% chance of survival and maybe 3-6 months to live. But we were told we did have an option. A phase I clinical trial in Philadelphia involving imuunotherapy. Austin qualified and enrolled as the 21st pediatric patient to have engineered T-cells using the HIV virus. He became a pioneer in the cancer research world and thankfully is 4 years cancer free as a result. Without the time and money that was put forth by researchers and donors, my son would not be here today. The future of how our kids are treated and what side effects they may have in the future depends on research. Research is where it all starts. By sharing the gifts of your time, talent and money with the St. Baldrick’s Foundation, you're supporting research to give all kids with cancer a better chance for a cure. Austin is doing well. We had his 4 1/2 year visit with Dr. Capitini in April 2018 in which he still remains cancer free and has his Killer T-cells in him. He is getting excited for summer do he can swim and play with his friends. He will be celebrating his 10th birthday on June 16th and is busy making a wish list.