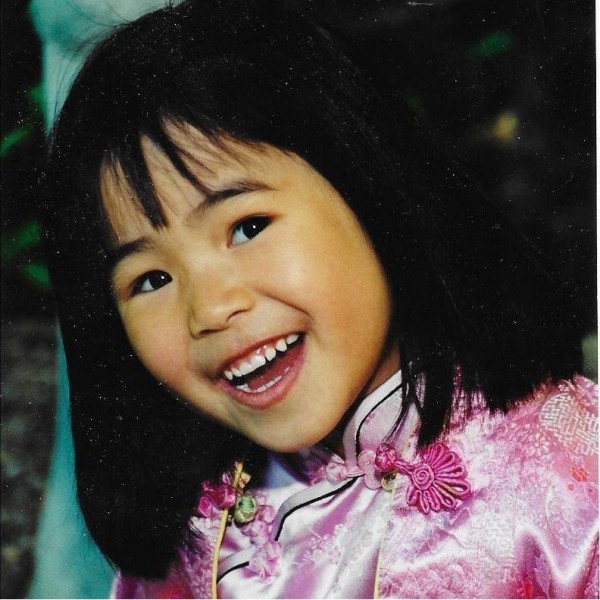 Marissa was adopted from China on May 4th, 1996, at 7 1/2 months of age. She was a beautiful, loving and a talented little girl who loved life, family, God, Jesus, drawing, the color purple and all animals great and small. At the end of Kindergarten, she began to complain of headaches, she was a child, who NEVER lied, or complained about anything, so after a couple of weeks of morning headaches, we took a trip to the pediatrician's office. He blew it off as "normal" for children her age to begin to complain about aches and pains for attention.I insisted that Marissa would never lie, had never lied and did not make things up for attention. She was a loving, honest child, who was wise beyond her years from the start. I believed her. He still blew us off. Than that summer, her toe nails all seemed to have a ridge across each one and they began to peel away from the nail beds. Again, we went in to have him look at them. No answers. Still headaches off and on, usually in the morning. No other signs of anything wrong for the next few months. Than in December, I was escorting several families to China to complete their adoptions, when my mom called me to tell me that Marissa was having trouble tying her shoes. She taught herself how to tie her shoes at 3 1/2 years of age, honestly. So I KNEW something wasn't right. Then mom said that she was shuffling her feet funny, like she was moping around missing me. This was not normal for her at all, as she LOVED that I was helping more children find forever families. My heart sank and I could not get home soon enough. It took me over 36 hours to get home, due to flight changes and layovers. I could think of two things that might cause her symptoms, a stroke or a brain tumor. My heart knew, it was serious. She was my WORLD. I arrived at the airport, Steve and the kids were late arriving, so I had not stopped at the restroom, not wanting to drag all of my stuff with me and I was exhausted. When he arrived I told him I needed to run back in quickly and Marissa wanted to go with me. She began to walk along side me and I knew in just a few steps that something was terribly wrong I scooped her up and carried her. I placed her by the door to the stall and told her not to move, not letting her see my fear. Her eyes were not right, the moment I looked into them. I was a complete mess. We got into the van and I told my husband to go straight to Wesley's ER. He refused and said she was fine an hour ago and that he wanted to take my bags home, drop Alex off and just go to our small town hospital. She was getting worse before our eyes. He could no longer deny that it was nothing. If it was one thing I knew, it was my daughter. She was my heart outside my body. the hospital saw her decline in function and ordered a CT scan STAT. It was not long before they asked us to step outside. My worst fear. A brain tumor in the brain stem. They were sending us to Wesley by ambulance. I collapsed beside her bed and I remember them bringing me some juice and that is about all I remember, until we arrived at Wesley and waited hours for the MRI, which confirmed the diagnosis. She was still declining by the hour and could not walk without help late that night, or the next day. They wouldn't let us see the MRI until my x-brother in law made them, he is a doctor. We begged them to do SOMETHING to save our daughter. They wanted us to do NOTHING, just take her home and let her die, is all they said they could do. She was declining so fast, that one doctor was brave enough to attempt to remove the bulk of the tumor. That left our daughter pretty much comatose through Christmas and into New Years. It was the darkest holiday season of our lives. We did not know if she would ever wake up. When she did, her voice and motor skills were in pretty bad shape. They still had nothing more to offer us, so after seeking God's word, we were led to St. Jude. They ageed to take her into a trial, even though she had had surgery. DIPG is inoperable and she had much damage to the pons region, from the surgery. She could not walk and could barely hold her head up. A friend had us flown to Memphis on a private plane, the day after Marissa made her First Holy Communion at our church. Somehow Steve and I came down with food poisoning before the flight, making for a horrible flight and checking Marissa into St. Jude and the Ronald McDonald House. It was pretty much a disaster. Without our friend there to help us, we would not have made it through that day. Marissa was 7 1/4 at the time of dx December 22nd, 2002 and she was called home the day after her 8th birthday, almost 9 months later on Sept. 20, 2003.