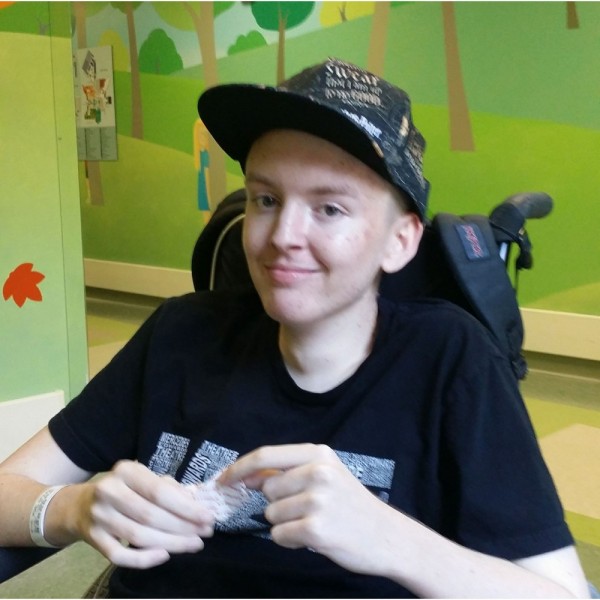 Many have asked what led Austin to having brain cancer. Here is his story. In February 2017 he started to have bad headaches. The headaches were accompanied with nausea and vomiting. I didn't think much of it at first, figured he was just sick. However the headaches and nausea didn't stop, but got worse. I took him to the doctor where we were told it was dehydration. So I bought him a case of Gatorade and told him to start drinking. That didn't work. Took him back to the doctor a few days later where again we were told he was dehydrated ( low blood pressure). We were also told that it could possibly be a sinus infection or migraines. I was leaning towards migraines since they run in the family. We were told to go home, rest and stay away from loud noises and sun. A couple of days went by and he was only getting worse. I made one more doctor appointment. However, on March 13th things changed. Austin called me when school was over, he was crying. He said he could barely walk and that he was puking up fountains. I knew right then that something wasn't right. I dropped everything and drove to his school. I told Zoe to go sit at the library with him until I got there. When I arrived 20 minutes later I had to practically carry him to the car. He was seeing double, and was very weak. I skipped the doctor and went straight to the emergency room. Thankfully he was seen right away and a MRI was done within the hour. He was given lots of medicine which knocked him out. Within a couple of hours the doctor came in with a social worker and I was told that they found a mass on his brain. We were going to be taken by ambulance to Valley Children's where he would be admitted for further testing. On March 15th he had a 9 hour brain surgery to remove a golf ball sized tumor from his cerebellum. This surgery caused a syndrome called Posterior fossa syndrome. He has not walked on his own, or spoken how he used to speak for almost 4 months. On March 20th he was officially diagnosed with brain cancer. He has medulloblastoma,  which while rare, is actually the most common type of pediatric brain cancer. We were told about several treatment scenarios that may happen within the next few weeks. He would need radiation and chemotherapy for sure. We would either stay in Fresno for treatment, go to Stanford or possibly be accepted on a clinical trial. He was accepted on the clinical trail at St Jude and we flew out in April. That is the short version of the beginning of our life with pediatric cancer. Thank you for your well wishes and support during this time. #medulloblastoma#posteriorfossasyndrom#teamaustin