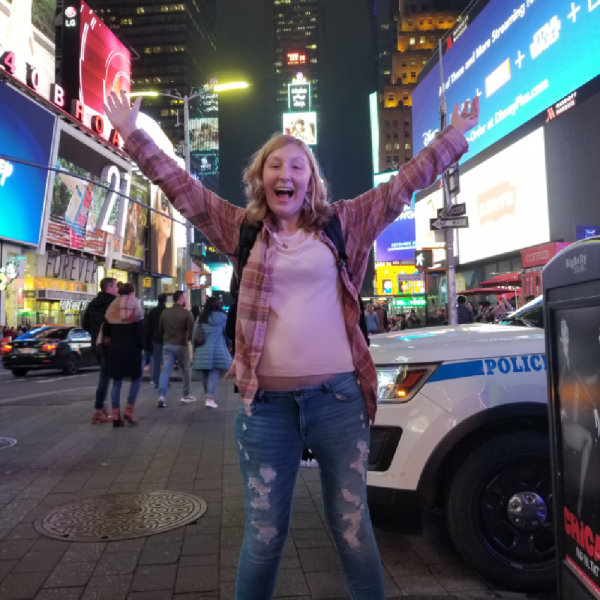 For over 2 years now I have been struggling with health problems. It started when I was diagnosed with Sarcoidosis. I was treated for that for about a year when I started feeling bad again. During this time I was almost complete with high school. One of the things I did in high school  was shave my head for St Baldrick's. Unfortunately after St Baldrick's  feeling bad went to feeling terrible and I started to miss a lot of days of school. I was admitted to St. Louis Children's Hospital. When I was admitted they found masses around my spinal cord. This finding made me undergo neurosurgery to remove some of the mass and also get a biopsy. The new diagnosis was Juvenile Xanthogranuloma or for short JXG. This is a histiocytosis disease. For this I began chemotherapy. That diagnosis was in March of 2017. Now in 2018 we know that JXG was a misdagnosis and the masses in my spine we're in fact Anaplastic Large Cell Lymphoma.  Despite trouble I graduated high school with honors. Treatment was going well but, beginning in mid July after my family and I took a vacation to Branson I began to get fevers. They were high, like 103-105. Since I had JXG and a port I was susceptible to infection, and had to go to the hospital and get admitted. At first I was treated for the fevers as infection.  Then a X-ray showed what looked like pnemounia in my lungs. One thing stood out though, which was a swollen lymph node in my groin. A biopsy was taken of the lymph node and it was sent to pathology. Pathology at St. Louis Children's Hospital couldn't figure it out so my lymph node was sent to the National Health Institute in Washington DC. They determined I had Anaplastic Large Cell Lymphoma. I then started chemo. But it didn't go so well. I coded and went into cardiac arrest. I spent days in the PICU on a breathing tube. I never knew this occurred. Soon the chemo worked and I was able to walk out of the heart center up to the Hem/Onc floor of the hospital to my new room. Nurses and doctors were in awe. I rang the bell signifying my completion of chemo on December 3, 2017! Now in 2018 I have been having problems with inflammation in my legs and other parts of my body. Doctors in St. Louis and Philadelphia have been working to determine whether or not my lymphoma is coming back or if this is another totally separate disease. Also I got a defibrillator implanted in July 2018. A lot has been going on between seeing doctors at home and traveling to Philadelphia for a second opinion, but I am confident I will have answers soon so I can finally get to college.  As of September of 2018 my fight against cancer continues. This time I am battling Mature T-cell Lymphoma. The new diagnosis is devastating, but it is better than being in the dark about what is wrong. I began treatment at the Hospital of the University of Pennsylvania. I began getting a clinical trial drug. ALRN-6924. After that didn't work I began another trial called CPI-613. Things were going well until the lymphoma attacked my liver and I got a infection and ended up in the Hospital. From Penn I went to Memorial Sloan Kettering. There I began a trial that was targeted to a mutation my lymphoma has. It's a drug that is approved for other things. It also helps against graft vs. host so it's something useful for BMT too. Now I am on a trial combining Romidepsin and Duvelisib because the previous trial quit working.  The goal is complete remission in order to receive a allogenic bone marrow transplant from an unrelated donor.  On January 29th 2020 I received my stem cell transplant. Things have been going well since then!