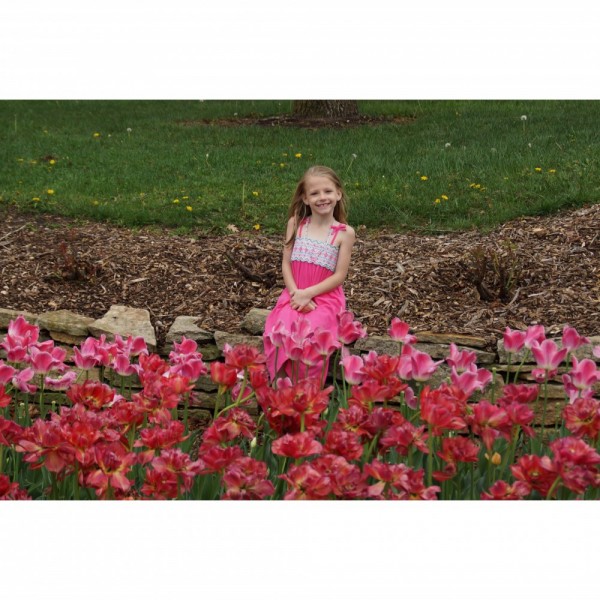 Madelynn's journey began when she was 2 years old, July 20th 2013. We woke up getting dressed like any other normal morning when her dad noticed a bump in her abdomen area and it felt hard to the touch. So as he and my son left for hockey camp, that was in North Dakota, I took her to the express care where they and I both thought she was just constipated but the express care was not able to do scans so they sent me over to the ER, still not thinking anything of it. When we arrived at the hospital the nurses had initially thought the same thing that she was severely constipated. So they did some ct scans of her abdomen where they noticed the mass on her right kidney and the ct scans had gotten the lower part of her lungs where they also saw some lesions. The doctor decided to go back and scan the abdomen and the lungs where they had found the mass on the right kidney and lesions on both upper, lower, left and right of her lungs. This would be the start of a roller coaster ride of emotions for our family. We were sent home with the plan that she would start chemo immediately and get the surgery scheduled to remove the mass from the right kidney. We received the diagnosis on a Friday and she had her surgery the following Thursday. We packed our bags and headed to the University of Kansas Hospital to have the surgery, that went remarkably well, and spent roughly 7 days there. The week before she had a regular doctors visit and we were so excited that she had finally made the growth chart to find out later that it was because of a 2 lb tumor, that was not detected at the doctors office, that is how fast it grew. She was in a lot of pain and just wanted to sleep but for the most part things went pretty well. Then one day she surprised us all and wanted to get up and walk to the play room, from there her recovery went a little bit faster. After release from the hospital she would then begin 8 rounds of radiation treatments to her lungs as well as chemo. She made it through the radiation and chemo like a trooper. Her last radiation treatment was on August 26th, 2013 but would still need to do chemo treatments, for how long we had no idea. So this is the start of being in and out of the hospital from immune system being down and getting sick real easy, but somehow she got through it. Her last chemo was January 29th, 2014. Even though she is cancer free she still has to have scans, labs, and ultra sounds, it never gets easier because as a parent you still worry if it is going to return. Looking at her now you would have never known she was sick as she does competitive gymnastics, soccer, softball, basketball and wants to start playing volleyball. I feel like this journey only made her stronger as a person and made me look at things a lot differently, as life is too short to sweat the small stuff so as a family we live life to the fullest.