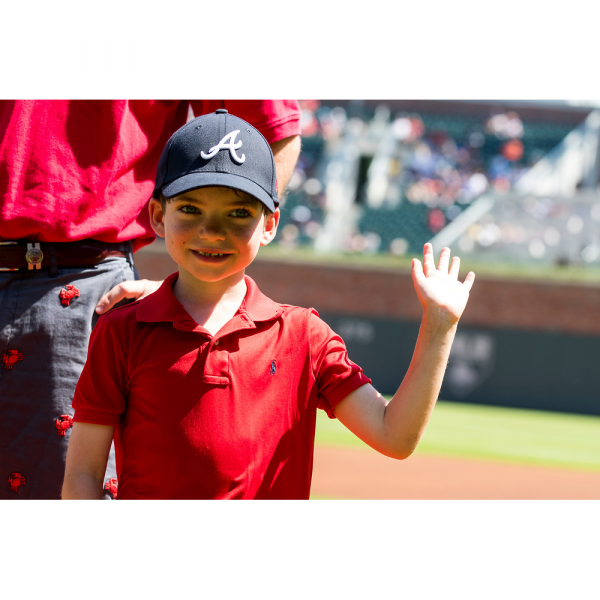 One year ago (June 20, 2016) Morgan and his family were on vacation in Pittsburgh, Pennsylvania. A quick trip to the Emergency Room at Children’s Hospital of Pittsburgh turned into a cancer diagnosis. Away from home and in a strange hospital, Morgan was diagnosed with a stage 3 Wilm’s Tumor on his left kidney. He and his family were thrown into a nightmare but through the chaos they were advised to return home to Atlanta for treatment at the Aflac Cancer and Blood Disorder Center at CHOA. Surgery to remove his kidney and the mass revealed a two-pound tumor that had spread from his kidney so Morgan began a week of radiation and 6 months of chemotherapy. His summer was anything but normal – he spent the 4th of July watching fireworks from a wheelchair in the parking lot of the hospital and missed summer camp for treatment. But because Morgan is a superhero, he stayed strong through it all, sharing his contagious smile with everyone. Though sick and exhausted, Morgan continued going to school, missing days for chemo or unexpected hospital visits but was determined to keep up. His identical twin brother, Ellis was there to help him and was the best side-kick any hero could have. Morgan completed treatment in January and today has no sign of disease! He was back on the baseball field this spring and even helped his team win the championship! His favorite souvenir from his battle, other than his scar, is his hair which grew back “wolf gray” after treatment. Determined to help all kids beat cancer, Morgan dreams of becoming a doctor.