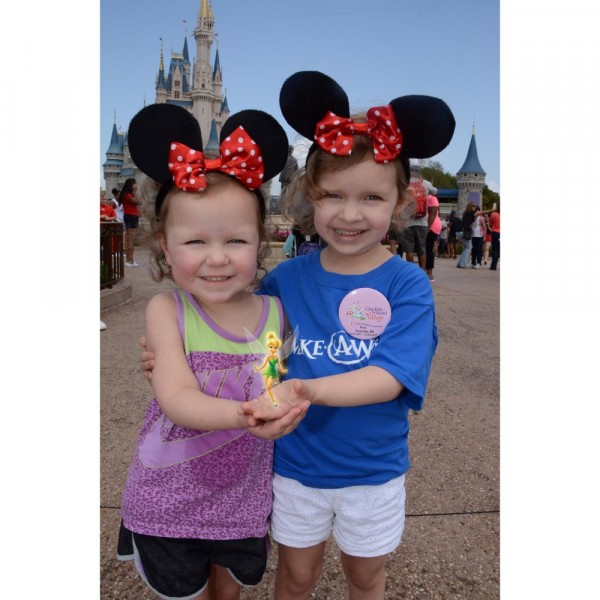 Ava is a 5 ½ year old AMAZING little girl! She is the sweetest, most caring child.  When Ava was around 18 months, she began getting car sick.  That progressed, and she also began experiencing headaches with nausea.  When she was around 3, she began vocalizing more about her head hurting.  She would also vomit frequently with the headaches.  We had set an appointment with a Neurologist; however, they couldn't actually see her until several months.  Meanwhile, we took her to an Optometrist.  It was Dr. Chadwick that noticed Ava's optic nerve was elevated; which indicated a few possible scenarios, one of them being a brain tumor.  He and Ava's pediatrician worked together to set up an emergency MRI the next day.  The only kicker would be she would have to be unsedated for it - at 3 1/2 (not enough staff on a Saturday).  She ended up doing the MRI without anesthesia - this began the first of many.   On that day, March 28th, 2015, we found out Ava had a 5 ½ cm brain tumor.  On April 2, 2015, Ava underwent a craniotomy to have it removed. Her Neurosurgeon, said it was a gross total resection. On March 8th, 2016, we found out Ava had another brain tumor right in the same area as the last one, in her occipital lobe. This one was 1 ½ cm.  Ava underwent another craniotomy (same Neurosurgeon) on March 30, 2016. This time it was a near gross total resection. Ava underwent proton radiation from June 6th - July 18th at Mass General Hospital in Boston (30 treatments total).  Ava did every treatment without anesthesia!  She was the youngest child to do so at Mass General Hospital.  Ava was also given the opportunity to mentor two other little girls - the hope was that they would also be able to do treatment without anesthesia.   Ava just had her one year check-up, post craniotomy.  There is no evidence of disease!  She will continue to have MRIs every three months to monitor.  Thank you for supporting and praying for Ava and the more than 300,000 kids worldwide who will be diagnosed with cancer this year. By sharing the gifts of your time, talent and money with the St. Baldrick’s Foundation, you're supporting research to give all kids with cancer a better chance for a cure.