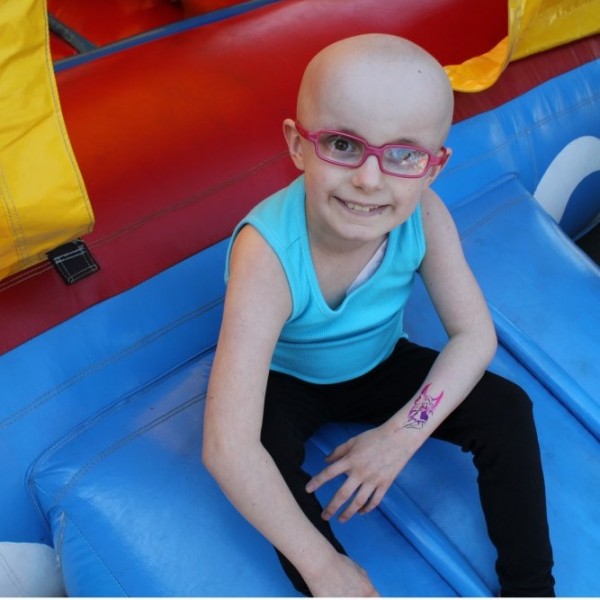 In July of 2014 at the age of 7, Abigail Caplan-Jones was diagnosed with metastatic Undifferentiated Ewing Sarcoma. After having severe back pain and fatigue, multiple scans revealed that she had tumors located in the left chest cavity and near her spine. Abigail then began a rigorous treatment process which included 340 days of various chemotherapy and radiation treatments along with multiple surgeries. In June of 2015, after a long, hard, and courageous fight Abigail's scans showed no evidence of disease and was declared in remission. Unfortunately in November of 2015 when Abigail went in for her routine follow up scans, they revealed that her cancer had returned. Now faced with fighting cancer for the second time, Abigail went through varying amounts of new chemotherapy treatments and a clinical trial for immunotherapy. All of these treatments were unsuccessful as the cancer became more aggressive, continued to grow, and spread throughout her body. On May 22nd, 2016 at the age of 9, Abigail Caplan-Jones passed away from cancer. Through all the treatments, through the emotional roller coaster, all the way to the very end, Abigail maintained a courage and strength that we had never ever seen before from anyone in our life. She was positive, loving, and kind when she had every excuse not to be. She maintained her love of reading, school, painting, sewing, and athletics. She played a season of basketball while going through treatments. She touched the lives of so many in such a short time, and nothing makes us prouder then the positive and loving remarks we get about Abigail on a daily basis. She is dearly loved and missed by all who knew her. There has been no greater honor or accomplishment in our lives, then to have had Abigail as our daughter. Mike Jones (Dad) Mollie Caplan-Jones (Mom)