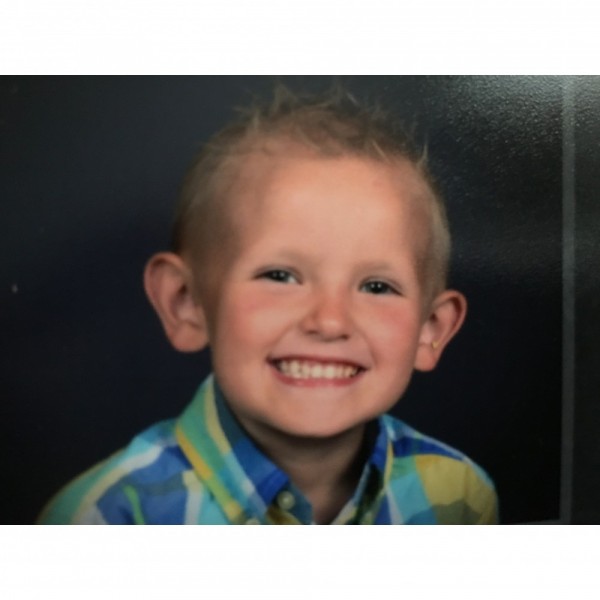 At age 4, Layne J. Knapp, was diagnosed with Medulloblastoma. (a brain tumor located in the cerebellum, the part of the brain that controls balance, coordination, and other complex motor functions). Upon diagnosis, Layne underwent brain surgery to remove the tumor in March of 2015. Following brain surgery, Layne received 6 rounds of chemotherapy at Nationwide Children's Hospital, in Columbus, OH and Toledo Children's Hospital, Toledo, Ohio. After the 6 rounds of chemotherapy, Layne received the news that he was cancer free in October of 2015. With this great news, it was still important for Layne's medical team to track his progress and monitor his health because Medulloblastoma is a very aggressive form of cancer with a chance to return. MRI's were done every 1 to 3 months to see if there were any signs of tumor growth. 10 months had passed with no signs of tumors but in August 2016, Layne started having symptoms of nausea and lack of balance. Unfortunately, after an MRI in August, a tumor had grown back in the original location of the first tumor and had metastasized to another spot on his brain and throughout his spine. The medical team quickly put a plan in place and Layne was back in Nationwide Children's Hospital to start his treatment.  Layne was quickly admitted at Nationwide Children's Hospital where he underwent 3 intense rounds of chemotherapy and MRI's after each round of treatment. After the third and final round of chemotherapy at Nationwide Children's Hospital, and MRI and spinal tap were performed. Layne's doctors informed Layne and his family that the cancer had moved into his spinal fluid and no more treatments would be performed. Layne was sent home, the week of Thanksgiving 2016 and was told to enjoy being around family and friends. Unfortunately, Layne was admitted back to Toledo Chidren's Hospital, Thanksgiving Day with severe pain. From that point forward, Layne's journey took the turn for the worst. The family was told by Layne's caregivers, that he had a week or two to live and was placed in Hospice at Toledo Children's. Layne was surrounded by his loving family on December 4th, 2016 at the age of 5 when he lost his battle to cancer. Throughout Layne's journey, he showed his family, friends, and community the meaning of life and how to fight. Layne's love for superheroes is something no one will ever forget, but we all know Layne was our true superhero! He has impacted so many lives throughout the short time he was on this earth. His journey and life will never be forgotten by many. Layne J. Knapp was the son of Lindsey Rothman of Holgate, OH and Joe Knapp of Stryker, OH. Layne J. KnappDecember 16, 2010- December 4, 2016