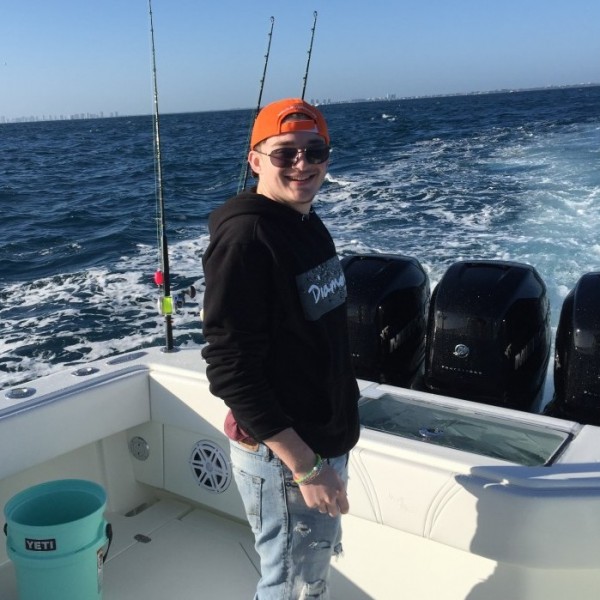 Jake was diagnosed with cancer after he became unable to run while training for the freshman soccer team at Jackson High School. Ulimately it was determined that he had an endocrine tumor that had invaded a major vein IVC. He couldn't run because his blood flow was compromised. Jake has had most of his treatment in DC, where they removed the tumor by doing a heart lung bi-pass. Unfortunaley, he does have metastatic disease in numerous bones. He has completed an experimental trial of PRRT in Iowa in November 2016. His latest imaging done in February 2018 shows that his cancer is stable and has not spread any further at this time.

The next step in his journey is to start taking Lanreotide shots that will help block the receptors in his tumors from accepting the "food" that let them grow. His cancer is not curable at this time. His team of doctors at the NIH have offered hope that there are promising thearapies 0n the horizon and he is continuing his fight to get to this horizon.

Jake will not be shaving his head. He jokes that he got the pretty cancer because he did not have to loose his hair!!

Thank you for supporting Jake and our family as well as the more than 300,000 kids worldwide who will be diagnosed with cancer this year. By sharing the gifts of your time, talent and money with the St. Baldrick’s Foundation, you're supporting ground breaking research to give all kids with cancer a better chance for a cure.

Help them all get to that horizon !!!