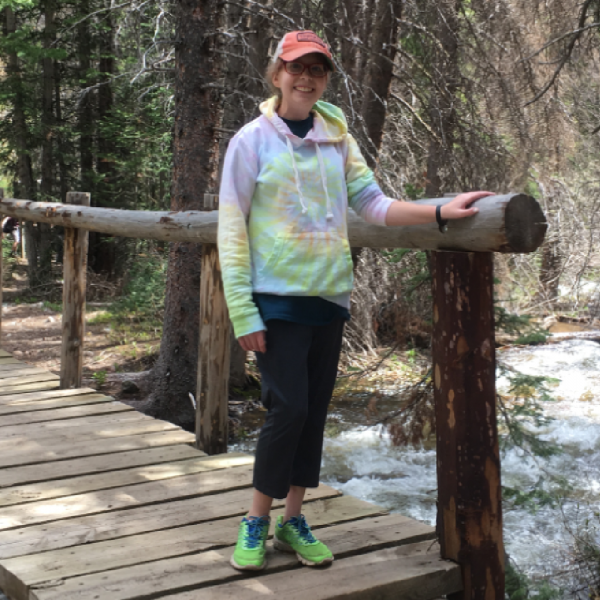 Sarah is bright and fun.  She loves church, school, Girl Scouts, sports, animals and the outdoors. She is naturally tough and fearless. She is kind hearted, always determined, has a matter-of-fact attitude, a healthy sense of humor and doesn't give in. In 2013, ten year old Sarah was enjoying a typical summer of camps, bicycling, swimming and softball. On Thursday, July 25th, she began feeling sick. After just a couple days of progressing illness and visit to the pediatrician, we drove Sarah to St. Louis Children's Hospital Emergency Room. Within hours, we learned that she had three brain tumors which were soon diagnosed as AT/RT (Atypical Teratoid Rhabdoid Tumors). AT/RT is a rare and aggressive cancer usually found in very young children. From July 27th through December 2013, Sarah had been through three surgeries, six weeks of radiation, thirteen weeks of high dose chemotherapy, two seizures, an infection, two stays in ICU, forty-four transfusions and more than a hundred nights in the hospital. At the beginning of 2014, Sarah’s check-up MRI showed mixed results, so her original treatment program was stopped. In January 2014, Sarah was accepted into a research trial at Cincinnati Children's Hospital. That brand new drug is meant to stop the growth of certain cancerous tumors. Sarah's tumors remained stable, and she was able to recover from many of the effects of her earlier treatments. She regained much of her strength and has been able to do many of the things she loves. In April 2016, after twenty-five cycles of LEE011 (now named Ribociclib), Sarah's doctors felt it was time to come off of that trial. Her MRI's have remained stable and the remaining items on her scan are not believed to be cancer. Sarah is considered "in remission".  Her story can be followed on Caringbridge as Sarah Singleton https://www.caringbridge.org/visit/sarahsingleton or on Facebook at Love for Sarah https://www.facebook.com/loveforsarahs/