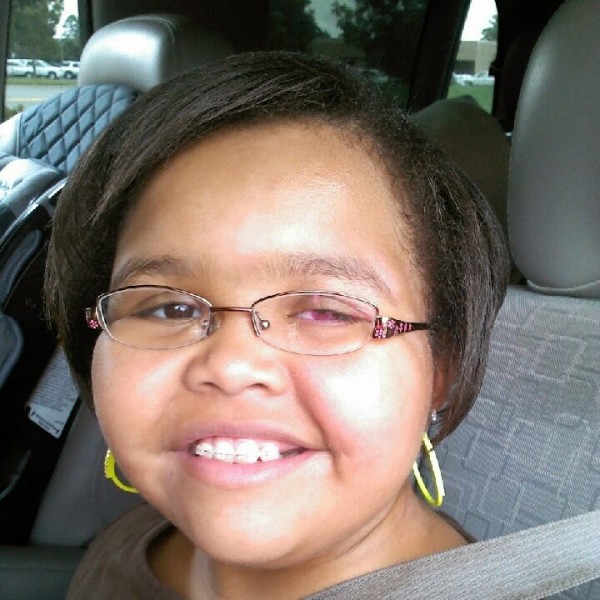 On Jan. 20,2006, my wife decided to take Amaya, our three year old daughter, to the doctor because she was losing her balance and not running around like a madwoman as usual. Our pediatrician was worried after seeing her walk to another room, and by the pressure she saw behind her eyes. After hearing this I was scared as well, since the pediatrician decided to send her to a neurologist on Jan. 24 of that same year. The PA did several tests and then told us that he needed to consult with someone else before telling us his diagnosis. Then, our lives changed forever, the PA came back in with 2 other doctors. One of the doctors let us know that our daughter had a brain tumor. I do not think I have ever been so scared in my life. My first thought was that she was going to die in a month. We were sent over to CHKD for a CT SCAN and to be admitted into the hospital. The very next morning she had a surgery to put an EVD in place. This device is used to take the extra spinal fluid caused by the tumor out of the body. Two days later she had her first MRI. We had to wait a couple days to get the results back, and then we found out that it was indeed a cancerous tumor that could not be taken out with surgery. The doctor was not sure what level of cancer it was so a biopsy had to be done. After the biopsy, a part of the tumor was sent to the Mayo Clinic in order for us to get the exact level of the cancer. Before we found out about the level of cancer, she had to have an internal shunt inserted into her head. This would take the place of the EVD. After an agonizing week, we were told that she had the lowest level of cancer and chemotherapy could possibly work for her. Radiation would not be used because of her age, and the placement of the tumor made surgery impossible. She went through 66 weeks of chemotherapy. For a few years, she would have MRIs every six months. There was some new growth after this time period so she went through daily radiation for 30 days. In the summer of 2012, Amaya started on a new chemo regimen. Unfortunately, the growth continued and her symptoms worsened in the winter of 2013. We would like to thank all of our family and friends for their support during the past 7 years. Amaya passed away on march 18, 2013. Her full story can be found here: http://www.caringbridge.org/visit/amayarose Thank you for supporting me and the more than 300,000 kids worldwide who will be diagnosed with cancer this year. By sharing the gifts of your time, talent and money with the St. Baldrick’s Foundation, you're supporting research to give all kids with cancer a better chance for a cure.