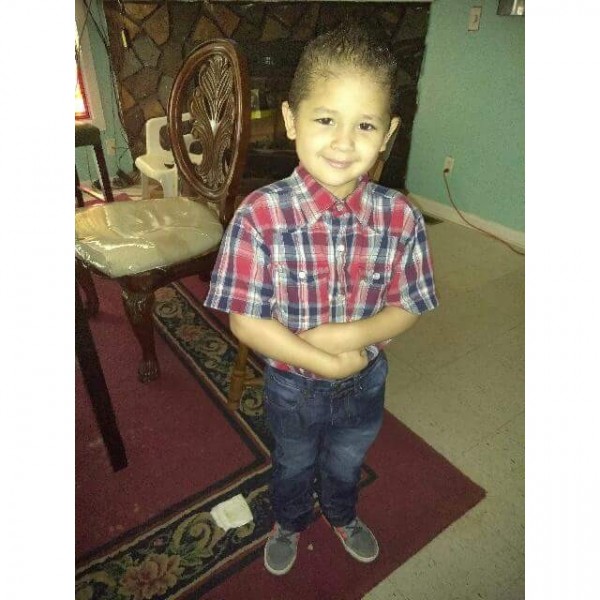 Gerardo "junior" ramos was diagnosed February 2016 with medullablastoma stage 3. On the 22nd of February we went to the emergency well a CT scan showed right away he had a tumor in his brain. Two days later he had a 7 hour brain surgery to remove the tumor. The entire tumor was removed and was the side of a plum. He was in the hospital two weeks the longest two weeks of our lives. He had tubes and IVs everywhere and he had a tube draining liquid from his brain. Once we were able to go home it was a struggle nothing made him feel better. On March 16th he had his port and peg tube placed. On the 28th he began his journey of 6 weeks of daily radiation. At the time he was also receiving vincristine a chemo drug. After that he had to go through 6 cycles of chemotherapy in which he has 2 more cycles to go. In between he has had numerous MRIs, ABR, Lumbar Punctures, blood transfusions and platelet transfusions. He has daily medications and there are times he has daily shots at home to increase blood counts. He had to undergo 3 weeks InPatient Rehab and he now has outpatient therapy. He uses a leg brace and a walker. He is starting to dance again and he is walking better since after his surgery he had no movement his left side. He will be getting hearing aids soon and he still has a long journey to go but he is a strong little boy...Gerardo has been doing great, and his most recent MRI was excellent. He'll be starting school this August!