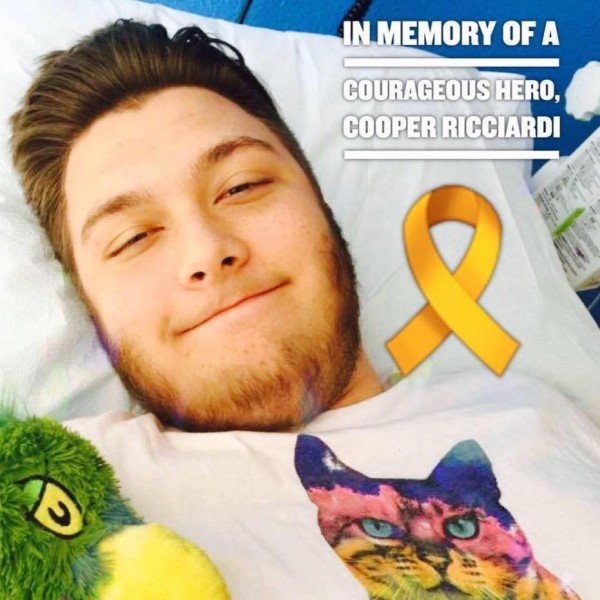 Cooper Davis Owen Ricciardi was diagnosed with ALL Leukemia on January 31, 2013 (he was 15 at the time), it has definitely been a battle. Cooper then developed a secondary cancer on 9/22/2015- MDS- from one of the chemotherapies that were given to him to try to cure the ALL in the induction period. Shortly after his 18th birthday in December 2015 the Dr's discovered that leukemia had returned this time finding out it was an aggressive form of AML - he faced his biggest battle yet. Cooper needed a life-saving bone marrow transplant- which he had a 10/10 un-related match for, however, with a constant 0 ANC immunity- it became very difficult to keep infections at bay.  After a flight for life to USC and spending 15 days in ICU and finally ending up at City of Hope in California in hopes of being accepted into a trial that included the bone marrow transplant as well - but unfortunately because of lung infections Cooper was not accepted into the trial.  Trusting God's will.... Cooper along with his family decided to discontinue treatment except pain measures on March 25th, 2016 after learning there were no more treatment options to cure his cancer or multiple infections.  On Tuesday March 29th at 7:10 pm our precious son Cooper peacefully went home to be with our Lord.  He is safe in Jesus arms now.
Victory is his!