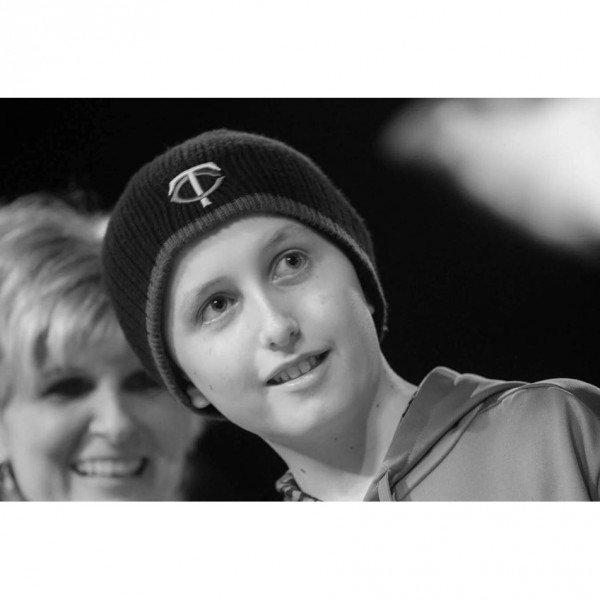 Connor was diagnosed with a medullabastoma brain tumor on November 25, 2015...the day before Thanksgiving. On November 27, the day after Thanksgiving, he had brain surgery to remove the tumor. After a month off to recover, he then went through 30 proton beam radiation treatments and 6 chemo treatments during a 6-week period. After another month to recover, Connor started his 48-week chemo regimen on March 9, 2016. Since he was diagnosed, he has never complained once. He just knows he has to do this to live. He will finish his chemo treatments by February 2017. Hoping for a complete cure! He is my little hero! ******* Update: Connor finished chemo on January 19, 2017. His February MRI scans were "All Clear"! He had his port removed. He just finished his first quarterly MRI scans and on April 24, he was given another "All Clear"! YES! I will mark him from "in treatment" to "NED".  :) ************ New Update: On May 6th, Connor and his family went on his Make-A-Wish trip to Australia for a week. His wish was to interact with native Australian wildlife (kangaroos and koalas). Check out his latest photo. The smile on his face says it all!!! ************** As of February 2018, Connor is still "NED"! Yes!!!!!! ************ Connor goes in for his quaterly MRIs in early June. Hoping for another "All Clear"! He has now been cancer free since January 2017. He is finishing up 10th grade and doing very well academically. Pretty much an "A" student. He still has a few balance issues and trouble running. But we'll take that for what he has gone through. A true warrior!