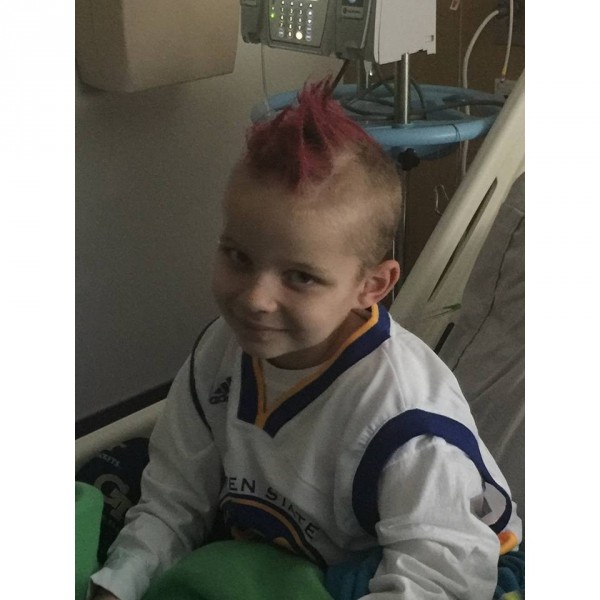 On April 24, 2022, Wyatt passed away surrounded by his family. He was the bravest and strongest hero to many and inspired them all through his selflessness. Previous Update: Wyatt Benton Pope is a seven year old first grader at Mountain Park Elementary in Roswell, Georgia. He is an excellent student who also plays baseball, competes in youth wrestling, loves his PS4, collects baseball cards and WWE action figures, and enjoys competing with his three brothers: Gavin (11), Kaden (9), and twin Colton. Nobody has higher expectations of Wyatt than Wyatt. He is a consistent fierce competitor that accepts any challenge thrown at him and his determination and personal expectation to succeed is visible at practice and in games from the very moment he steps on the field. He was the starting 3rd baseman and huge offensive contributor to the East Side Thunder 6U Dizzy Dean World Series Championship run in the summer of 2015 in South Haven, Mississippi. His coaches and teammates know him as “The Incredible Hulk” because he is a stern-faced little man that is driven by his competitive nature to do his best at each and every opportunity. Wyatt is a giant, not in stature, but in heart and effort. Whether walking up to the plate to ‘Goin’ Down for Real’ or being the toughest player in the dugout, Wyatt balances intensity and fun as he keeps everyone smiling. He is one of the first players to show celebration and sometimes silliness with his friends and teammates…or even break out into a dance to the Whip and Nae Nae or strike a pose at one of the bases. Unfortunately, Wyatt is now facing something that needs his strength more than any baseball game. Wyatt’s parents, Chuck and Carrie Pope, took him to the doctor after he started having stomach pains and they noticed his stomach was distended. After ruling out common causes, a mass was discovered in the abdominal region and, after many tests and scans, he was diagnosed with Desmoplastic Small Round Cell Tumor (DSRCT). DSCRT is an aggressive malignant neoplasm that occurs in adolescents and young adults and is an extremely rare form of cancer. In late February, a mere ten days after he was admitted to the hospital, Wyatt began chemotherapy at Children’s Healthcare of Atlanta at Scottish Rite to fight this awful disease. While he is fighting, his family, friends, and community are building a strong army behind him. He loves to see others, whether a classmate or famous athlete, “Throwing up W’s” as a post #WyWyStrong Face Book page. In addition, he is thrilled when he sees his community supporting him by wearing his #WyWyStrong logo or planning a fund-raising event.