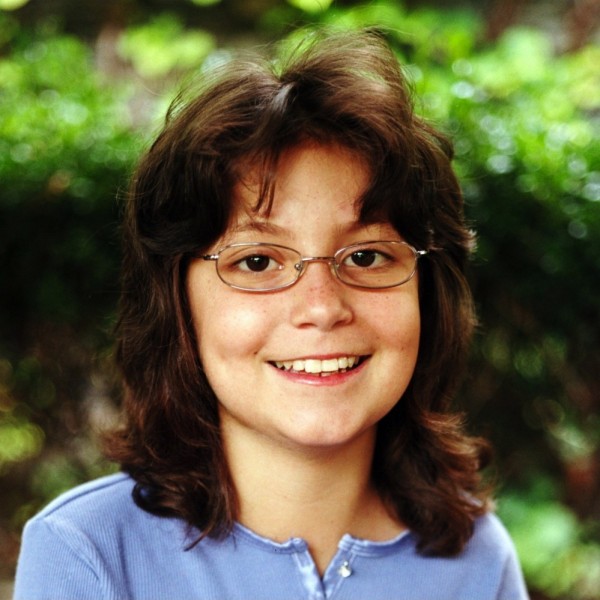 Payton Elizabeth Watson was born on November 18, 1996 to my husband, Frank and I, and she was the light of our life. She was an incredibly happy child and like all kids loved to play and she loved to learn. She was such a smart little girl, but reserved and shy until you got to know her. On October 18, 2006 Payton, at 9 and in the 5th grade, was diagnosed with Acute Myelogenous Leukemia after a bout with strep throat that would not go away. This was devastating news to our entire family. She was immediately admitted to Hasbro Children’s Hospital where she spent the next 4 months being treated with high dose chemotherapy. Payton got to come home twice in those 4 months, her 10th birthday for 3 days and Christmas Eve for almost a week. Active in her own treatment, she was adamant to know what and how much of all her meds were being given to her. Payton was transferred to Boston Children’s Hospital to receive a Bone Marrow Transplant in February 2007. She had 2 days of intense chemo and 5 days of twice a day Total Body Irradiation. This was her only chance for survival, as she never achieved a good remission with the first 4 rounds chemotherapy.Payton was released from the hospital in March of 2007. While she had some complications from the transplant and medicine, Payton did incredibly well over the next 18 months. She was in isolation for 1 year but returned to school in the middle of 6th grade. That year during the day, was our time while Frank was at work and Frankie at school. We did our clinic visits to Boston and Providence. Mrs. Todd, her tutor would come over and we would have 5th grade at our kitchen table. We sang songs and talked about the future and planned our next trip to Disney, so we would be ready when we got the ok. We planned Payton’s Make A Wish trip to Paris, which we never got to take. We watched movies and took car rides and talked and she, played as 10 year olds should. We talked of the drama, her friends would instant message her about and how she wished that was all she had to worry about. Unfortunately, On September 8, 2008, we found out that Payton’s AML had returned and it had changed and she was in for another incredible fight that Payton was determined to win again. Payton fought an as hard as she could and had such a will to live and we were preparing for a second BMT. October 19, 2008 Payton’s battle unfortunately came to an unexpected end. She was 1 month shy of her 12th birthday, her body and heart just couldn’t take any more treatment.Payton enjoyed many things in her short life. She loved to play soccer and had played since she was 3. She also loved to write songs and fashion design. Payton loved Disney World and the beach. Payton loved mystery books and the Clique series, That 70’s show, SpongeBob and Harry Potter movies, Apples to Apples, Life and Texas Hold ‘em and the card game I Doubt It (the tween friendly version of Bullshit).Payton loved little kids and was hoping to adopt a lot, once she found out she wasn’t going to be able to have children because of Chemo and Total Body Irradiation. Payton enjoyed video games with her dad and their morning coffee runs. Payton loved her little sister, Frankie very much and they played Polly Pockets and Littlest Pet Shop and their Nintendo DS’s for hours, and being sisters they fought, but Payton would have done anything for her sister. Payton was an old soul, innately a caretaker. She looked out for everyone and included everyone, she never wanted anyone left out; and if you were breaking the rules, she would tell on you and herself. She is our inspiration of strength and courage. She was and will always be Our Superhero. We miss Payton everyday, life will never be the same without her. Cancer took our beautiful girl and all that she should have been to us and the contribution she would have given to the world. Thank you, Elizabeth Watson