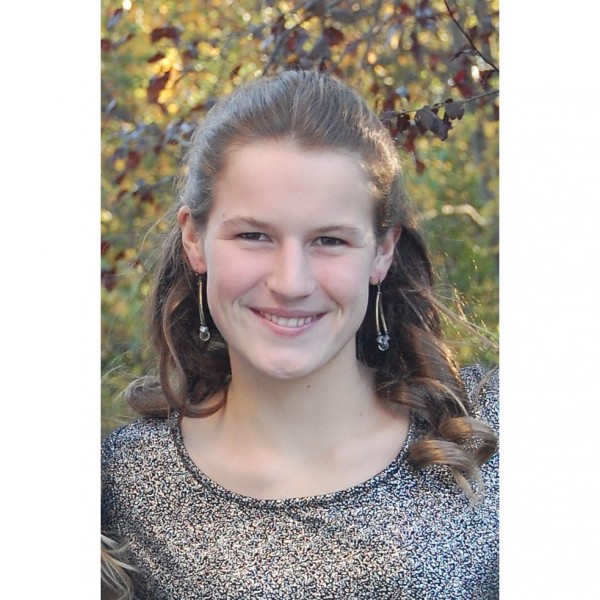 Erin Katherine Drumm was born on January 26, 1999 in Elkridge, Maryland. She was the second daughter to Dave and Paula Drumm and the beloved younger sister to Lauren Maria Drumm. Erin adored her sister Lauren from the start and spent much of her time trying to keep up with her. By the time Erin was 5 years old, she had become a big sister herself to Megan Paula Drumm and Jonathan Walter Drumm. As one of four children, Erin always had someone to play with. She loved both her sisters and brother, always trying to teach them something. Erin attended Forest Lakes Elementary School where she became an avid reader. Reading became a huge passion of hers. She also participated in numerous sports, like soccer, field hockey, lacrosse, taekwondo and swimming. She loved everything she did. Erin had decided by 6th grade that she wanted to attend North Harford's Animal Science program and began volunteering at the Marshy Point Nature Center. She became a part of Bel AIr Middle Schools Engineering club and the National Junior Honor Society. Erin was an excellent student who took school seriously. Learning was very important to her. In her spare time, which wasn't very much, she enjoyed watching the Discovery Channel, How It's Made and the History Channel. On March 1st, Erin was accepted into the Animal Science Magnet, we were at Roundtop skiing and Erin was ecstatic. She eagerly embraced North Harford and became a part of the drama program, the swim team and the lacrosse team. She also joined the FFA, the Thespian club and The National Honor Society. Right before she was diagnosed with AML Leukemia, she was also becoming a member of the German Club. On November 30th, Erin came home with a headache and felt awful. She spent that week attending school, and swam in the first high school swim meet of the season on Wednesday, but suffered from a headache off and on. By Friday, December 4th, we took Erin to patient first where they diagnosed her with a pulled muscle in the back. Saturday, Dec 5th she played goalie for Full Throttle Lacrosse. On Monday we went to the pediatricians and it seemed she had a sinus infection. Wednesday we returned to the pediatricians and now she had pneumonia. On Friday, the headache was still terrible and it seemed like nothing was helping, so we again went to the pediatricians. By Friday afternoon, ERin was seeing double, so I took her straight to the emergency room at Upper Chesapeake. Here is when the nightmare began. Upper Chesapeake asked me to pick Hopkins or Maryland, because they were pretty sure it was cancer. Erin was feeling very sick by this time, so she was happy to know she was going to be taken care of. We took an ambulance ride to Hopkins and spent the night in the emergency room. Saturday, Erin was moved to the oncology floor where we thought we would begin fighting the cancer. On Sunday, Erin got her hair cut and decided to give herself bangs for the first time in years. She looked so cute. Monday was the beginning of her treatments and Erin was very nervous but hopeful she would be feeling better soon. Unfortunately, the first dose of chemo made her so sick she was sent to the PICU. One thing led to another and by Wednesday Erin was sedated and intubated. By Friday the doctors told us they only had one more thing to try, a lung bypass machine called the ECMO. Erin made it thru the surgery and appeared to be resting comfortably. Unfortunately, her platelet counts were not getting better and by Tuesday morning, December 22, she began to bleed in her brain. In order to give Erin a peaceful passing from this world to the next, we transported her to her grandmothers house where she died surrounded by family and friends who loved her.