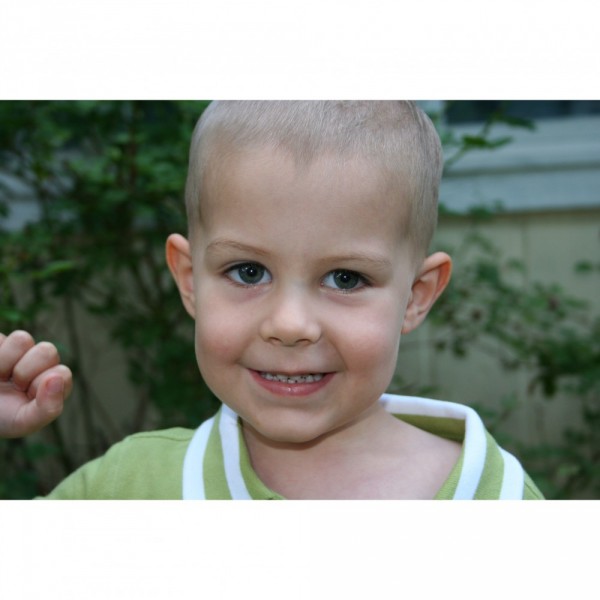 Kian was a typically rambunctious, playful and sometimes stubborn 3 year old when he started complaining that his “head hurt.” His mother also noticed that he was having difficulty keeping his balance. A routine annual checkup at the pediatrician failed to raise any additional concerns, but Mom knew that something was wrong and when she took him back 2 weeks later, they noticed what she had been noticing. Upon the advice of a pediatric neurologist, Kian was sent straight to the nearby hospital emergency room where he received a CAT scan that revealed a substantial tumor in the fourth ventricle, pressing against critical structures and blocking the flow of cerebrospinal fluid. From there, Kian was transported by ambulance to the Pediatric Intensive Care Unit at Children's Hospital Colorado in Denver, where a team of doctors from the Pediatric Neurosurgery Team were waiting to stabilize his hydrocephalus with a steroid regimen. Kian had his first ten-hour surgery three days later. The diagnosis was a Stage IV malignant Ependymoma. As a result of the surgery, Kian temporarily lost mobility on his right side, as well as speech and swallowing abilities. Before Kian started his follow-up radiation treatment, his doctors discovered that the tumor had regrown. This finding resulted in immediate chemotherapy and a second 10-hour surgery just three months after his first. Fortunately, the second surgery resulted in no neurological damage, so he was able to promptly begin his radiation therapy, followed by more chemotherapy. Thanks to the unwavering dedication of his doctors nurses, Kian was able to celebrate his 4th birthday with a treatment “graduation” party. Kian is now 5 and enjoying kindergarten like other kids his age. While he has some extra challenges as a result of his treatment regimen, he doesn't let them get in the way of playing basketball, going to school, or wrestling with his brothers.