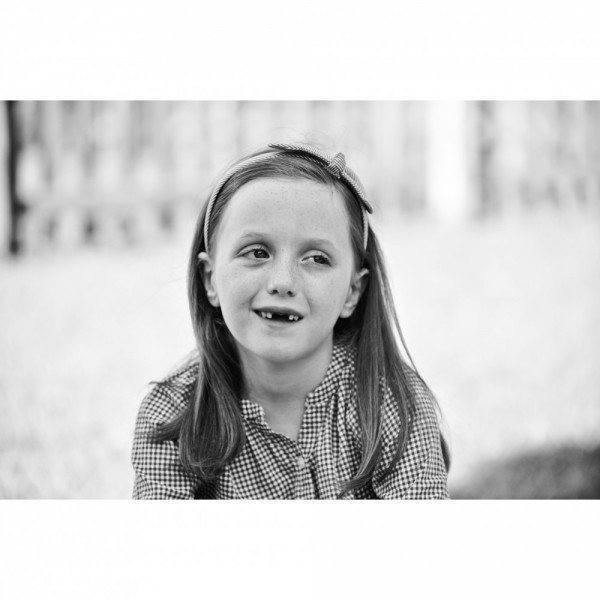 It was the end of March 2015 and we were experiencing high counts of pollen. Ella had recently begun to complain of headaches. However, due to the increased pollen count, we attributed her headaches to allergies. We contacted her pediatrician and brought Ella in to be seen. Ella had developed circles under her eyes and to look at her face you would assume that she was experiencing symptoms due to her allergies being exacerbated by the environment. They put her on an allergy medication and sent us home. About a week later, I received a phone call from the nurse at Ella's school. Ella had become disoriented and fallen at school. I called her pediatrician again and we all thought that maybe she was having a reaction to the allergy medication, so they switched her to a different one. The following Monday, Ella lost her balance and fell again at school. I went to the school to pick her up and called her pediatrician. This time he told me to immediately take her to get a cat scan. My husband met us at the facility where the scan was taking place. We were told to go directly to the pediatrician's office for the results. We did not have to wait long, the results were in. The cat scan showed a brain tumor on Ella's brain stem. At that point, Ella had quickly become more symptomatic. She was experiencing extreme ataxia, the loss of muscle coordination. She was unable to hold her head up straight, had lost muscle control in her right eye, and her balance was off, making it difficult for her to walk. Ella was admitted to Memorial and an MRI was ordered. The MRI confirmed our worst fear, Ella had DIPG, Diffused Intrinsic Pontine Glioma. Due to the location of this kind of brain tumor, found in the pons, part of the brain stem, it is inoperable. DIPG is primarily diagnosed between the ages of 5 and 7. Ella celebrated her 7th birthday on April 9th and was diagnosed two weeks later. Only 100 to 150 new cases of DIPG are seen in the United States each year. At this time, there is no cure for DIPG, and the only protocol for treatment is radiation. Less than 10% of children diagnosed with DIPG survive two years from diagnosis. My husband and I quickly researched our options and decided to enroll Ella in a clinical trial offered at St. Jude in Memphis, Tennessee. Ella was discharged from Memorial on a Monday and that Wednesday our whole family was flown to St. Jude on a private plane. Ella received 30 treatments of radiation over the course of 6 weeks. She has received the maximum amount of radiation she can have in her lifetime. In conjunction with radiation, Ella received an experimental chemotherapy. We came back to Savannah at the end of June and the following week, left for Ella's Make A Wish Trip. Last week we resumed her experimental chemotherapy. Ella will have to take this oral chemotherapy every 5 days of a 28 day cycle over the next year. Her first round of chemotherapy was challenging, Ella became extremely fatigued. As a result, Ella has become considerably more symptomatic.  Ella received a second round of palliative radiation for ten days in December.  We prayed for a miracle for our sweet baby. Our faith gave us the strength to face this awful disease. Ella continues to inspire those whose hearts she lives in with the courage, strength and humor she lived her live with. Our community, church, and family have been amazing through this difficult journey.