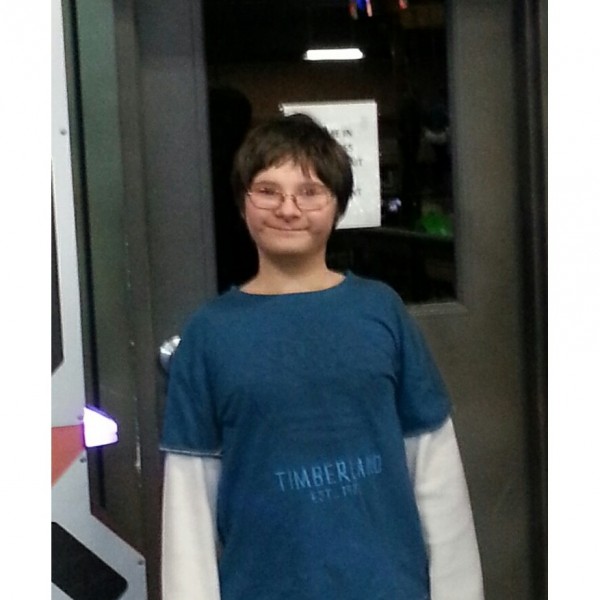 Cedar Lake, IN, US

Matthew began his life with a surprisingly early entrance into this world. He was born prematurely and weighed 2 lbs. 13 ozs. Being born early, in addition to needing to grow more he had life threatening heart, spine and GI problems that required heart procedures and surgeries. We knew prior to his birth that he may have some problems and after he was born we were told he may not make it. We did not believe it. We knew he was a wonderful child that would have a special life. When Matthew came home he weighed 4 pounds. He made it through 8 surgeries and heart procedures over the next two years. After all of the procedures he recovered incredibly well; he was our miracle baby. His remaining medical concerns were primarily heart problems that we knew would be monitored and possibly require further treatment. We thought we were done with life threatening medical problems. Matthew had survived. Matthew grew, started school and was able to become a child enjoying a normal life. Then the unthinkable happened. During the spring of 2014 Matthew began having multiple colds. He complained occasionally of headaches, leg pain or chest pain. He was seen by his doctor who completed normal testing without any significant findings. He went to see his Cardiologist for a checkup and everything seemed OK except Matthew continued to have some unusual symptoms. He was swimming at the local pool and he had always been a strong swimmer. He began becoming short of breath and could not swim as he had before. At the end of the summer we went to the Water Park. He began not feeling well and complained of chest pain. He became ill shortly after that with fevers that would not go away with treatment. After two trips to ER, Matthew’s White Blood Cell Count became critically high. In the ER of St. Anthony’s Hospital we were told he probably had Leukemia. Matthew was transported to Lurie Children’s’ Hospital by ambulance. Matthew was admitted to the ICU and received numerous blood and Platelet transfusions. Within 24 hours Matthew’s diagnosis was confirmed as Acute Lymphoblastic Leukemia. We were in shock and could not believe 13 years after Matthew’s birth we were in this situation. Chemotherapy was started and our second journey of critical treatment for Matthew began. After 1 ½ weeks in the ICU and 2 more weeks in the hospital Matthew was able to come home. Since September Matthew remains in active treatment. He attends school when he is able to. He has maintained his studies and recently was awarded the Indiana Senate Achievement as an A+ Honors Student. He is a member of the Environmental Club at school as Matt loves and respects nature. He is a wonderful artist and has been working on a painting in the Art room at the hospital. When he is at home he loves his pets and tries to spend time with them since he has been away a lot. He also enjoys computer programming and gaming. While at the hospital he programmed a robot he received as a gift from Google. He also spends time teaching the younger children at the hospital that have become interested in what Matt does on the computer. Most of all, through all of this Matthew is known by the hospital staff, friends and family for his courage and his great smile that he shares with all of us every day. Matthew has a couple more years of treatment until his Leukemia is cured, but we are taking things one day at a time. He has the best spirit out of all of us, never complaining for one second about what he must deal with. Through this difficult time, Matthew, his mother, and I can not be thankful enough to Donna Criner and the NICK foundation. From the very beginning, she has stopped at nothing to assist us during a time of great sadness and stress. No child should have to deal with cancer. Ever. We can only offer our respect, our love, and service to the NICK foundation and to anyone else that has to experience cancer themselves or watch an innocent child, like Matthew, endure such an ailment. We are also very thankful to our family and friends for their love and support of Matthew, Hanna and I as we travel this difficult journey.