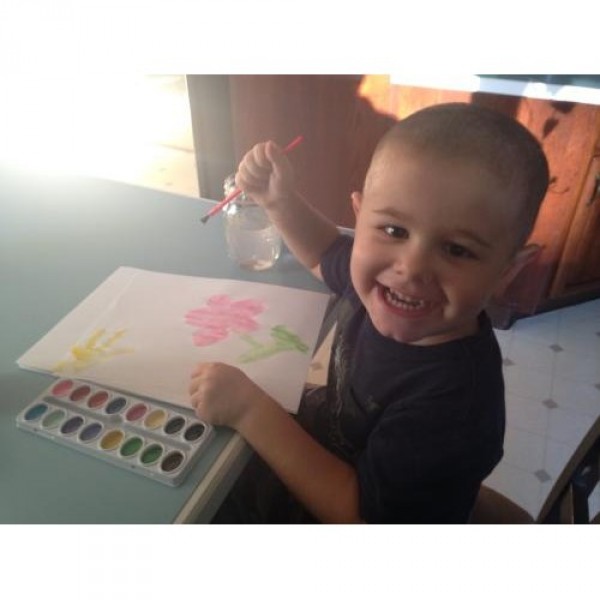 Thank you for supporting me and the more than 300,000 kids worldwide who will be diagnosed with cancer this year. By sharing the gifts of your time, talent and money with the St. Baldrick’s Foundation, you're supporting research to give all kids with cancer a better chance for a cure. We brought Cooper in for a well-visit on Thursday, July 31, 2014. His doctor noticed that Cooper seemed pale, suspected low iron, and ordered some blood work. We left with a script for iron supplements and went away for a long weekend. From what I know now, his doctor knew, intuitively, it was something more than low iron. The next day we received a call from the nurse at his doctor's office that Cooper was anemic and to continue with the iron supplements. We had a great mini vacation, Cooper had so much fun, full of energy as always. The following Monday we were traveling home, and Cooper's pediatrician called. He said there was some questions with his blood work and to bring him to Strong for additional testing. We came in Tuesday thinking this was some wacky virus that he had months ago wreaking havoc on his blood cells, because he had no symptoms of even a cold, let alone leukemia. Cooper was diagnosed on Tuesday, August 5, 2014 with type B ALL, standard risk. It is a very treatable form of leukemia. The good news is that his prognosis is very good. I have to believe that is probably due to his doctor having the insight to know this was something more than iron deficiency. I cannot put in to words how grateful I am to him. From what I understand kids are sick for weeks or months before a diagnosis is made. Cooper will undergo treatment for a total of three years. He has been in remission since day 29 of treatment. We are very blessed on so many levels. Cooper is so brave and so strong. Since his diagnosis our world is different than before and will never be the same again. We have a long road ahead, but I believe this will make him, and the rest of us, stronger. It already has. He is truly a remarkable 4 year old.