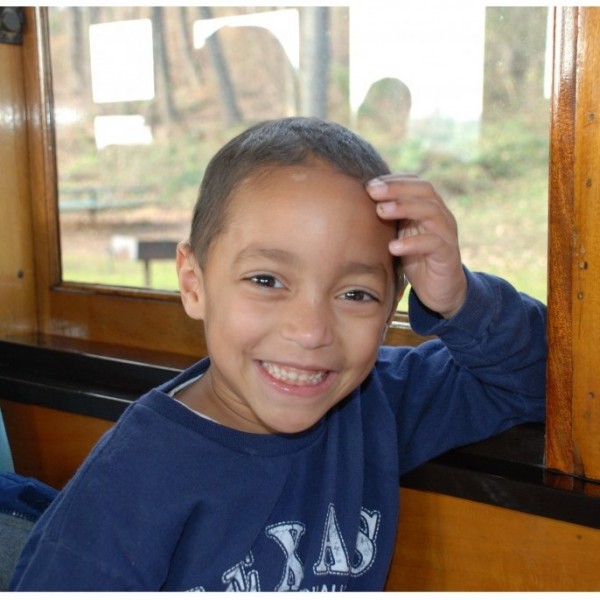 Thank you for supporting me and the more than 300,000 kids worldwide who will be diagnosed with cancer this year. By sharing the gifts of your time, talent and money with the St. Baldrick’s Foundation, you're supporting research to give all kids with cancer a better chance for a cure. I was diagnosed with stage IV neuroblastoma cancer on March 23, 2013, at the age of 3. I completed my seventh and final round of induction chemo at Walter Reed National Military Medical Center July 28 - August 1. I underwent a successful tumor resection surgery on August 22, 2013, at Memorial Sloan-Kettering Cancer Center in New York City under the skilled hands of Dr. Michael La Quaglia. I was declared NED on September 20, 2013 after CT & MIBG scans and four-point bone marrow biopsies showed no signs of new tumors or active cancer cells. I completed the first part of the consolidation phase of my treatment protocol, which consisted of high-dose chemotherapy followed by an autologous stem cell transplant (ASCT) at Children's National Medical Center in Washington, D.C. I received my stem cells on October 9 and was discharged on October 25. I completed the second part of my consolidation phase, proton radiation therapy, at the Children's Hospital of Philadelphia. I underwent 12 radiation sessions between November 19 and December 6, 2013 I completed the final phase of my treatment, the maintenance phase, from December 2013 through June 2014. I underwent five painful cycles of ch14.18 antibody therapy at Walter Reed. Each cycle of antibody therapy was followed by two weeks of Accutane pills at home. The protocol included one additional cycle of Accutane, which I completed on June 9, 2014.  Although I responded extremely well to the 15 months of therapy, my parents had the opportunity to enroll me in a phase 2 clinical trial aimed at increasing the odds that I will not relapse. The trial uses a drug called DFMO and entails taking oral medication two times a day for two years. I began my first dose of the DFMO medication on December 5, 2014.